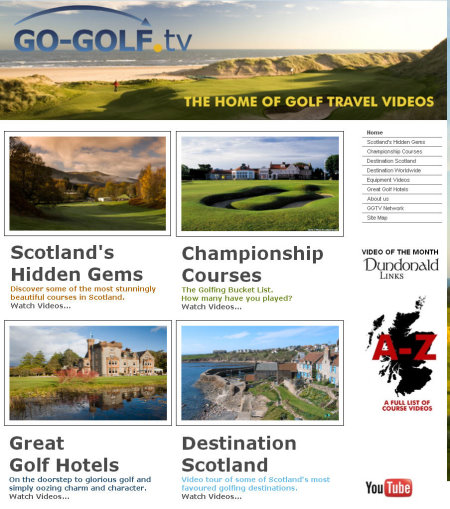 KLM Flying Blue Golf has teamed up with Go-Golf.tv to present their latest production on Holland.

“The Go-Golf.TV production on Holland is absolutely superb,” said Ton Albers, Managing Director of ‘Golf in Holland’ the Dutch based travel operator who brought KLM Flying Blue Golf and Go-Golf.tv together for this initiative. “We invited presenter Clive Agran and David J Whyte, producer/carmeraman over to the Netherlands in June this year and already the resulting video on ‘Golf in Holland’ is attracting great attention. We use it as an effective part of our website and social networking activities.”

“The airlines we are dealing with are really keen on the show…and want more,” says GGTV’s producer, David J Whyte. “Hence the new format and show title. ‘Golf Passport’ will highlight three different destinations per show with instructional segments from leading teaching professionals, travel tips and the like.”

“We will also distribute our individual destination features such as ‘Golf in Holland’ to all the main UK golf websites,” Whyte continues. The numbers of potential viewers through both these distribution channels is huge, somewhere in the region of 8 million. “We believe this is a great way forward to introduce golf clubs and destinations to people all around the world.