The Challenge: Japan Skins brings together top players from four separate continents and is designed as a curtain-raiser for the  ZOZO Championship, the first-ever official PGA Tour event to be played in Japan. Both events will be played at the Accordia Golf Narashino Country Club in Chiba, Japan, during the week of October 21. 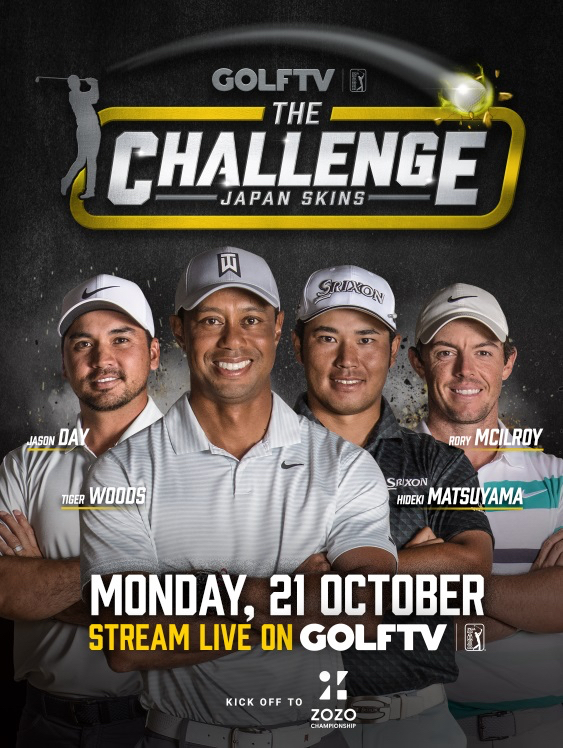 The Challenge: Japan Skins is the first in a series of annual challenge events that are set to become a regular addition to the global golf calendar.

Endorsed by the PGA Tour, and produced in partnership with Excel Sports Management, The Challenge: Japan Skins is a high stakes exhibition match which will feature special in-game challenges and surprises, and finish under floodlights. Each hole will be assigned an increasing monetary value, with players required to win a hole outright to take a ‘skin’. Tied holes result in the money being rolled over to the next hole.

Alex Kaplan, president and general manager of Discovery Golf, owners of GOLFTV, commented: “The Challenge: Japan Skins is a unique experience that no golf fan will want to miss and will be an exciting way to begin ZOZO Championship week. GOLFTV powered by PGA Tour is growing to become the one-stop-shop for all the best in golf, and The Challenge is another significant step in that direction.

“To be able to bring many of golf’s biggest names to GOLFTV screens for our customers is hugely exciting for everyone involved. On October 21, fans will be able to see a totally new competition join the golf calendar, supporting some fantastic charities and showcasing the very best golf has to offer in the most fun, exhilarating and unpredictable way.”

Fans around the world can watch the inaugural event live and on demand exclusively on Discovery’s GOLFTV by registering for the service. Beginning at 1pm in Japan, the match will be aired live in the US on the Golf Channel starting at 11pm EDT/8pm PDT on October 20, while in the UK & Ireland the tournament will be screened from 6am on October 21, with viewers required to subscribe to GOLFTV in order to watch it, with passes starting from £4.99 a month. The match will be produced in Japanese and English, and covered by a lineup of leading presenters, commentators and on-course reporters. 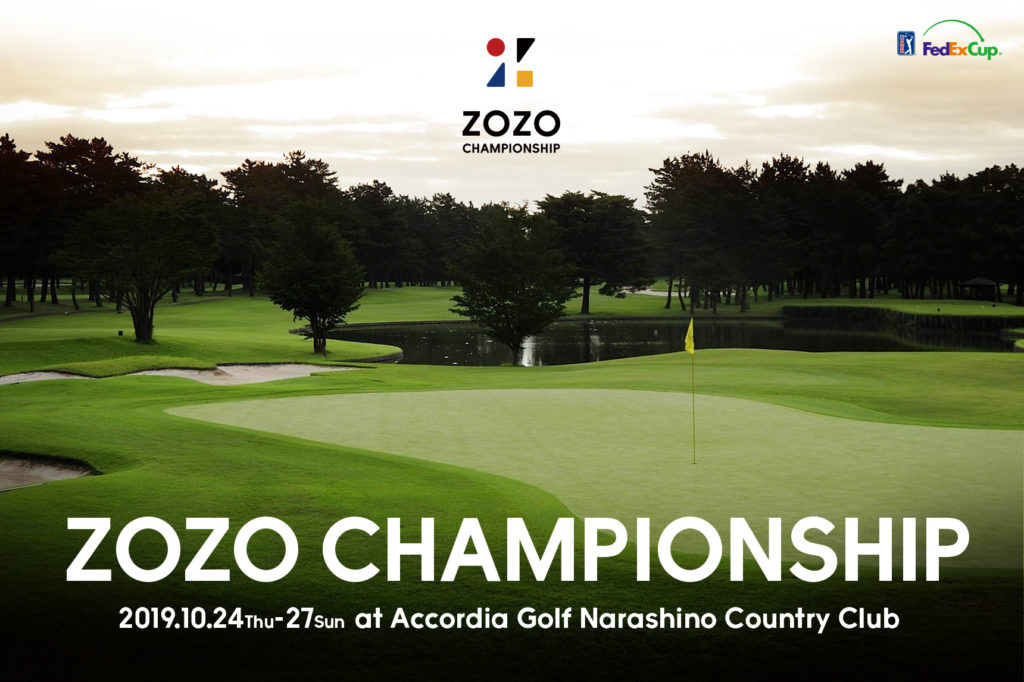 Looking ahead to the event, Woods, said: “After discussing The Challenge with Discovery and GOLFTV, I wanted to be a part of it. I haven’t been back to Japan since 2006, and the golf fans there are some of the best in the world. It’s a unique format and a top field with Rory, Jason and Hideki. I can’t wait to play against them on a global stage.”

He added: “I haven’t played a skins format in quite some time, so it will be fun to try something a little different and add a few strategic elements as we compete. There has already been some friendly banter between us and that will continue until we get to the first tee.”

McIlroy commented: “There are so many fun elements to The Challenge that will have me wanting to take home that title – playing with Hideki on his home turf; Tiger coming back to Japan with a Green Jacket—the motivation is certainly there for me, and I’m a huge fan of the skins format. I love the way it rewards attacking play and think it suits my game quite well. Any time I can go directly at pins to try and make birdies and eagles, I think it puts me at an advantage. The other fun thing about skins is how you find yourself rooting for the other guys if you’re not in a position to win the hole. You’re hoping they can tie with someone else so you can play for that skin on the next hole. With the skins format, you’re always in it until the end.”

Day added: “I can’t wait to get out there and play in Japan. We don’t get the opportunity to play skins throughout the year and I’ve never actually played in an exhibition event like this, so The Challenge certainly stood out to me. It’s going to get really competitive between the four of us, and that’s one of the great things about skins. The winner is going to be the guy who best executes an aggressive strategy on every hole, so there’s going to be plenty of twists and turns throughout the competition.”

Matsuyama said: “It’s a real honour for me to play with these guys in front of a home crowd. I’ll be grateful for all the support from the fans in Japan, but with the popularity of Tiger, Rory and Jason, I know they’ll also be strongly supported wherever they play. It’s amazing to have these great champions playing in Japan and doing so much to promote and grow the game in my home country, but you can be sure I’ll be trying to beat them on the course.”