Golf News, the UK’s most widely read free golf title, is set to expand its reach and its readership in 2018, following a significant increase in its distribution channels.

The quality monthly, full-colour A3 publication, which is aimed at golf club members and those that play and practice the game on a regular basis, 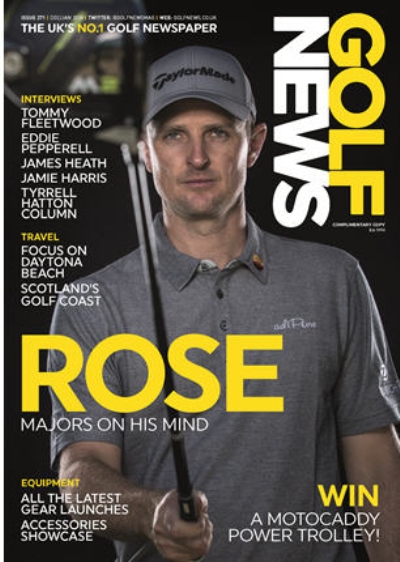 Is currently distributed through hundreds of golf clubs and driving ranges throughout the country, but from next month the title is set to reach even more golfers, following its expansion into key distribution points in and around London, as well as on some of the UK’s busiest rail networks.

Starting from the February edition, Golf News will also be widely available across the capital, including 100 new distribution points in offices throughout The City and Canary Wharf. It will also be available at 25 new distribution points on the busiest commuter train networks, including Virgin first class lounges, Gatwick, Stansted and Heathrow Express, ensuring commuters get their monthly fix of golfing news and views.

Copies will also be available to read on a digital platform in 14,000 hotel bedrooms in the UK, including some of London’s finest luxury hotels, such as Claridges and The Savoy.

Golf News’ editor Nick Bayly said: “While we have always prided ourselves on being available at the places where most golfers congregate, we are also conscious of the need to preach to the unconverted and those that might not get to a golf club every week, or indeed every month.

“By making the editions available in more off-course environments, such as train stations, offices and hotels, we will be able to spread the Golf News word to a wider audience and reach those who enjoy the game, but might not get to a club as much as they would like..”