Teeing up the gender-free way 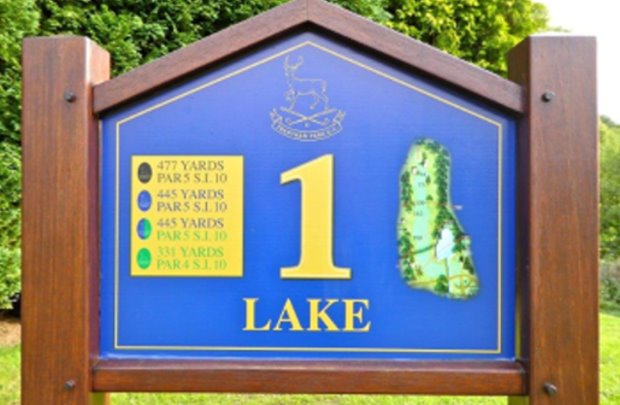 No sex please, we’re golfers! Golf is going gender-free as a growing number of clubs abandon ladies’ and men’s tees. They’re replacing them with tees which any member can play off to suit their ability and inclination. It’s seen as the perfect way to encourage improving golfers, to retain ageing players and to promote social golf.

Golfers who are losing length can move to forward tees; improving players can gain an extra challenge by moving back and social golfers can choose to play together off the same tees.

Gender-free tees are common in the USA and the concept is attracting growing attention here. Gemma Hunter, England Golf’s Handicap & Course Rating Manager, said: “It is still very new here but I know of over 30 courses which have rated at least one course for both genders.

“This is all about making the best use of your golf course for all your members and for newcomers who want to take up the game. You’re not building new holes or tees, you’re just rating what you already have.”

Sheringham Golf Club in Norfolk was among the first to introduce gender-free tees, while Trentham Park Golf Club in Staffordshire is the latest to join the trend.

Sheringham took the plunge a couple of years ago when it also introduced a new set of forward tees to create an additional, short course. The club now has three sets of tees, all rated for men and women: from blue, the shortest, through to yellow and white. There is a further set of black tees which are rated only for men, on the advice of the ladies’ county association.

Secretary/manager Neal Milton said: “It’s been a great success, particularly with our senior gentlemen and higher handicap ladies, who now have the opportunity to play a shorter course.”

Milton first had the idea of gender-free tees when he was junior organiser at another club. “We had a young lady who was in England training and who was only allowed to play off the ladies’ forward tees, despite the fact she could hit it further than most of the men. The club insisted on the status quo.”

However, when he proposed the idea at Sheringham the club quickly got behind it, while also creating four academy holes for beginners on the practice ground and allowing the use of buggies in competition.

“We have increased participation in our competitions and I believe we have better retention of members. We want people to play and to be part of the club for as long as they can,” said Milton.

Trentham Park has abandoned the tee colours traditionally associated with the men’s and women’s game. Now the club has a black course (6390 yards), blue (6188), green (5255) – plus a composite blue/green course measuring 5694. Each of the four courses has been measured and rated for both men and women, who now have new scorecards, new tee furniture (pictured) and new signage. There are also white tees, further down the fairways, for junior beginners.

One advantage is that the whole club can play together, off all tees, in special competitions, with the next one planed for October.

Club manager Jon Farmer said: “We’re probably typical of the average golf club and want to retain the members we have and bring in new members. We’ve developed the course so that anyone can come and play the game and that’s important to us.”

He went on: “This is just fantastic. We can give longevity to the ageing player who might have left because they were losing length and didn’t feel competitive. The complete beginner, who feels embarrassed teeing off in front of the clubhouse, can use the forward tee which is about 100 yards away. As players improve and want a greater challenge they can move back.”

County Development Officer Gareth Shaw added: “Trentham Park is a forward thinking club, which is looking to recruit members and, most importantly, thinking of ideas to retain members. I believe gender-free tees tick all the retention boxes.”