Muirfield Members Vote To Remain A Men Only Club 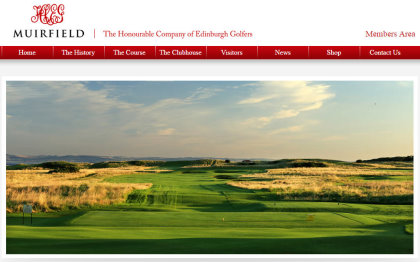 Members of the Honourable Company of Edinburgh Golfers (HCEG), the world’s oldest golf club, have voted to remain a men only club.

HCEG Captain, Henry Fairweather said: “The Honourable Company is a members club, and, as such, the members decide the Rules of the Club, including its membership policy. Women will continue to be welcome at Muirfield on the course and in the clubhouse as guests and visitors, as they have been for many years.”

Martin Slumbers, Chief Executive of The R&A, responded to the vote: “We have consistently said that it is a matter for the Honourable Company to conduct a review of its membership policy and that we would await their decision.

“The R&A has considered today’s decision with respect to The Open Championship. The Open is one of the world’s great sporting events and going forward we will not stage the Championship at a venue that does not admit women as members.

“Given the schedule for staging The Open, it would be some years before Muirfield would have been considered to host the Championship again. If the policy at the club should change we would reconsider Muirfield as a venue for The Open in future.”

The records of the Club reveal that women have played golf at Muirfield since 1904. Women’s and men’s single sex golf clubs, although reducing in number, have been a feature of golf provision in Great Britain and Ireland and comply fully with equality legislation.

Founded in 1744, the Honourable Company of Edinburgh Golfers is the world’s oldest recorded golf club. In that year the club organised the first tournament open to all golfers and set down the original playing rules of the sport. With The Royal and Ancient Golf Club of St Andrews and Prestwick Golf Club, the Honourable Company of Edinburgh Golfers played a leading role in the formation and development of The Open.