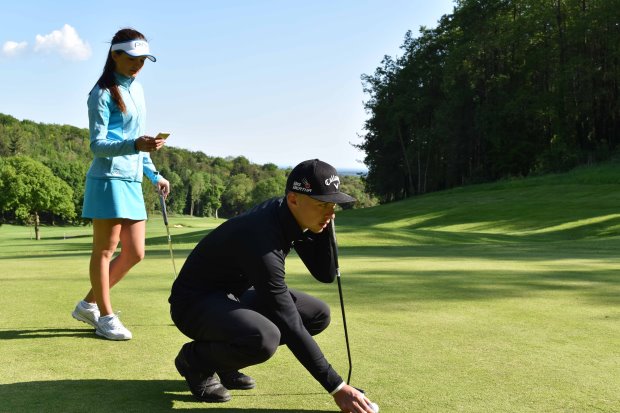 A quicker, shorter format of golf for players of all ages and abilities, SPRINT6GOLF, has been launched, with several key golf governing bodies supporting the exciting new concept, along with Paul McGinley, Eddie Jordan and Gareth Bale.

SPRINT6GOLF is played over just six holes and utilises a free mobile app with a 30-second shot clock to ensure a flowing and continuous pace of play.

SPRINT6GOLF is the brainchild of Tom Critchley, the son of Sky Sports commentator and ex-Walker Cup player, Bruce Critchley. “For a couple of years now golf fans and media have been calling for a shorter, quicker form of golf. No one else was coming forward with the answer and I’d had this idea for a while, so it was a logical step to create SPRINT6GOLF” explained Tom.

“The support from the golf industry was instant, with both England Golf and The Golf Foundation keen to see us succeed. Both organisations saw that SPRINT6GOLF addresses many of the current issues with golf by shortening the time required to play and making it more accessible, thus bringing a whole new generation of fans into the sport and enabling existing golfers to play more often. 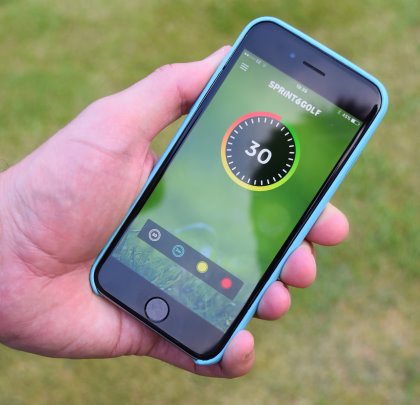 “We are starting at grassroots level to give anyone, including club golfers, the opportunity to enjoy SPRINT6GOLF, but our vision is to show how exciting and dynamic it can be when the best players in the world start competing in professional tournaments.”

2014 Ryder Cup captain Paul McGinley has spoken about the need for a new format to increase participation, commenting, “SPRINT6GOLF is a very exciting and innovative new golf format that will be good for the game. I think it will bring a new audience to the sport, and I’m really looking forward to playing in the first championship.”

European Tour CEO Keith Pelley has also been quick to show his support for the new concept, commenting, “We wish everyone involved with SPRINT6GOLF every success for their launch and for their future endeavours. Innovation and having fun are the keys to broadening golf’s appeal to all ages and this new format certainly offers both of those elements.”

Eddie remarked, “I’m really excited about SPRINT6GOLF. It is the right step forward for golf to engage the younger generation with a more dynamic format.”

Gareth, who is keen to see golf grow in the right direction, commented, “I love golf, but it doesn’t always fit into my busy life. SPRINT6GOLF is the perfect solution, and it’s fun and fast paced. I’m excited to be part of something that’s going to have such a positive impact on the game.”

While SPRINT6GOLF can be played on any golf course at any time thanks to the interactive app, 32 clubs around the country will be invited to host qualifying events, each of which will put forward one amateur to compete in the 2016 Amateur Challenge National Final at the Buckinghamshire Golf Club on 30th August. These fun events will allow ‘SPRINT6ers’ the ability to play without the worry of slower golfers on the course – golf in the fast lane!

Clubs can get involved in SPRINT6GOLF, by registering at www.sprint6golf.com.

Golfers can get involved by downloading the free SPRINT6GOLF app, by visiting the Apple App Store or Android Marketplace and searching ‘SPRINT6GOLF’.