Donald Steel, golf’s renaissance man, talks us through a remarkable career which has included writing, course architecture and even an appearance at the 1970 Open reproduced here by kind permission of Michael Harris, Editor ‘Golf Monthly’ www.golf-monthly.co.uk This interview first appeared in the March 2018 issue.

It’s Friday 13th October, and while alarm bells would be ringing for many, for me it’s a good day. I’m at Woking Golf Club, not specifically to play this fine heathland course – though the chance would arise later – but rather to speak to someone I’ve heard much about over the years but never before met. The now 80-year-old Donald Steel is part golf writer, part golf course designer and part player – good enough to tee it up in the 1970 Open Championship at St Andrews, no less.

The reason for our meeting is that Steel has just written an autobiography entitled Thin End of the Wedge – A Life in Golf, a beautifully presented, self-published book, a copy of which had arrived in the post a few days earlier.

As we set up in the club’s John Low room, I ask Steel why now. “Well, a) we’ve come to the end of the story, I suppose, and b) I’ve got time to do it,” he replies smiling. “All autobiographies, I suppose, have an element of vanity, but Henry Longhurst used to tell me that there is an awful lot of interest in people’s lives. Because I’ve had such a privileged life in terms of how it’s all panned out, I thought this was a way of explaining it all to people. It was just trying to convey the luck that I’ve had.”

Luck? There must be more to it than that, I think, and I discover that there definitely has been, although it has indeed played a part in a ‘right time, right place’ sense…

I don’t think you do, but I think it’s a great help if you are. I think you have to see your creations through the eye of a player otherwise I don’t quite see how you can judge – that’s my take on it. You’ve got to keep asking yourself questions as to whether this hole or that is okay from the back tees, the forward tees and so on. They get the greens so quick nowadays that judging whether the contouring is fair or unfair is really quite a fine balance. The difference between getting it right and getting it wrong is so small.

Top architects Tom Mackenzie and Martin Ebert worked with you for many years – what did they most learn from you?

Well, it was the most prolific period any two young architects could have had. They joined me in 1987 and 1988 respectively I think, and we worked together happily until 2005 when I had an invitation to become president of England Golf, so I thought that was the time to wind it down. There was one thing I didn’t have to teach them, and that was that they were natural admirers of traditional, fast-running links golf, which is not to say every course has to be of that style – the climate and type of land determine that. But when the leading pros come to play in The Open, it’s rather nice because that is one of the few times they get to play that type of golf. More of the courses are almost built to a formula where there’s a lot of water everywhere, lots of carries and everything is played through the air. We were taught to keep the ball down; they’re told to hit it high and I’m absolutely staggered how high they do hit it.

Is there a Donald Steel trademark design feature?

I don’t think so. A lot of people will say, ‘That looks like a Donald Steel bunker’ or something. But if there is, then it’s a pity really because I think every golf course should be different depending on the location, the climate and the type of grasses that you have to use. And you can’t build the same style of bunkering everywhere.

Is there any overlap in the skills required to be a good writer and a good course designer?

The advantage of being a good writer, or at least having spent a lot of time covering golf tournaments, is that you see at close range how the players tackle the courses and how the courses stand up. From my point of view, being able to combine playing and writing and architecture – not always at the same time – has been an advantage.

How good a player were you?

Better than most but nothing like as good as some! We always used to think we worked hard at the game, but when you see them today, we didn’t.

How good a player could you have been?

When you look back, you think, yes, I really should have been a lot better. Could I have made the tour? No, I don’t think I could have. 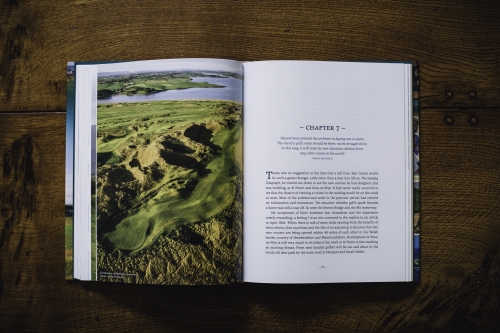 It was wonderful and the fact that it was at St Andrews made it more special. Looking back, it’s much more terrifying now. I think at the time you rather took it in your stride a little. You were, of course, as you always are, afraid that you were going to make a fool of yourself because golf has a great knack of jumping up and biting you. I probably wasn’t terribly ambitious and was more defensive than attacking. I shot 78, 76, which didn’t make the cut, of course, although there were quite a number worse than that.

How did your writing career start?

My whole career has been extremely lucky. It was never planned – it just happened. I played golf at Cambridge and knew Leonard Crawley, who worked for the Daily Telegraph and was a wonderful player, very well. The Sunday Telegraph was just starting up with its first edition on February 8, 1961 and they decided they wanted a new editorial staff rather than people doubling up. Originally, they thought Crawley might do both and he had asked me if I’d like to be his assistant. I said, ‘That would be fantastic.’ About two or three weeks later he called to say they didn’t want him to do both and wanted a new correspondent for the Sunday Telegraph. I said, ‘That rules me out then.’ He said, ‘No, I think you should apply.’ I don’t know what went on behind the scenes, but luckily they took me on on a six-month trial and everything worked from there. That was an incredible break.

Which golfers did you most enjoy interviewing?

Palmer was the idol back then. My first two Opens, he won, and yes he was wonderfully expressive. The other player who was completely different was Peter Thomson. People forget just what a fine player he was, and what a wonderful writer he was. He used to write for the Melbourne Age during the Open Championship. He’d come into the press tent, sit at the back, type it out and send it off.

What do you make of the lack of golf coverage in the papers these days? 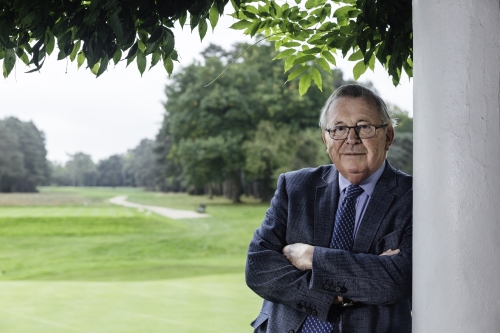 I think they have to look at it from the point of view of what the readers want and I’m not sure that they do. Every paper I pick up, there are ten pages of soccer every day of the year. That, to me, is overkill. I don’t know anybody who reads ten pages of it. I don’t know anyone who reads two pages, and you’ve probably watched the match the night before so they won’t be telling you anything you don’t already know. Newspapers used to do that. I know it’s a different era, and I accept they have to look at it from a different point of view, but I do think golfers are very interested readers so a little bit of balance would be very welcome.

How did you end up designing golf courses?

It came about through a story for the Sunday Telegraph with Ken Cotton, who subsequently became my senior partner. He was building two courses – St Pierre and Ross on Wye – in the early 1960s, so I went down and wrote a piece about building new courses, which was fascinating. We kept in touch, and about two years later he contacted me as they wanted a bit of help and asked me if I’d be interested. I stopped him before he’d even finished the question and said, ‘Thank you very much!’ That’s really how it evolved.

How many courses have you designed?

I think there are about 80 or 90 that bear my name. That’s not to say I did everything at all of them because all architects need assistance. The other list at the back of my new book is courses I’ve advised on over the years – re-bunkering, a new tee or whatever – nothing terribly extensive. My inclination as an architect is to try and keep things as they were rather than radical change, but radical change has been brought about by the distance the ball goes and that sort of thing.

What would you say was your most underrated design in the UK?

Oh dear! I’m always of the view that I duck those questions – what’s your favourite course, that sort of thing – because I think that should be left to others. When you are involved, you sometimes get pleasure from those that don’t have the glitter and glamour of some of the others. I think it was Alister MacKenzie who said: ‘Don’t judge me by my good courses; judge me by those on bad land.’ It’s a bit like looking at a picture – we all know what we like and we don’t have to justify why.

What would you regard as the UK’s most underrated course? 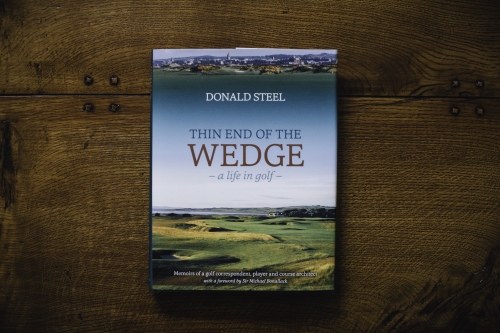 Underrated is a little bit uncomplimentary, but I think everyone has their portfolio of courses that they particularly like, mainly because they’ve played some more than others. I love Rye because I played there every year in the Presidents Putter, but very few top pros will ever have played Rye. The thing about Rye is that you can’t compare it to any other course. Rye is Rye. If I’d played other courses as many times as Rye I would perhaps have the same feeling for them. But you can’t play all your golf on a lot of courses.

So you’re not a big fan of course rankings?

Well, I find it very difficult. I’m always conditioned by setting and beauty. If it’s a beautiful spot, that’s why I go, rather than because it’s a fantastic course, although it may be. I don’t like necessarily breaking things down into categories as to why I like them. I just like them – I don’t need to explain why. And it may be because afterwards you sit down on the terrace with a glass of beer and it’s a beautiful outlook. That is all part of the experience.

“I wrote the text and Catherine Hollingworth, who I’ve worked with before, did the design,” says Steel. “In the back there’s a scrapbook, which includes a lot of articles that I’ve written over the years to help tell the story. Luckily I’ve collected them all and have still got them. I’ve tried to make it look nice and read well.”