Howard Swan has just been re-elected to the Chairmanship of the Golf Consultants Association (GCA) and will serve for a further two years. GCA numbers have increased greatly over the past three years or so and have begun to make an even larger impact on the international golf market

You’ve recently agreed to continue as chairman of the GCA for a further two years – what persuaded you to that?

Since being heavily involved in the British, then European Institute of Golf Course Architects, the opportunity to help the profession and the wider golf business in some way has always been of interest to me. The members were keen to see me continue to lead the association into what is going to be a very important two years and I am happy to do so and continue to contribute what skills I may have to the furtherance of the organisation.

What have been your biggest achievements so far as chairman of the GCA – and what would like to achieve in the next two years?

I am very proud that over the past for three or four years, or maybe a little longer since I have been on the executive and then became chairman, that our numbers have expanded greatly and we have begun to make an even larger impact on the international golf market. Gathering together such a breadth of experience and expertise in the business consultancy world has been very important to the growth of the association and how we will sustain it into the future.

What is it about the GCA that you feel is unique – how has it already helped and what impact can it have on the golf industry in the UK and beyond in the future?

I know of no other organisation that has such a large number of specialist professional disciplines in the golf market in any part of the world – and that very fact makes us stand apart from all the others. The members have always expressed their satisfaction in being able to network with so many others in allied parts of the business, in order to cooperate and conduct business.

It is rarely possible that a client could do this from within the membership of one organisation, offering such a wealth of expertise and with such vast experience, wherever in the world they might be.

In 2016 the GCA launched a corporate partnership programme – what was the idea behind that?

We felt it important that the link between the commercial world and the members of the association was tightened to the benefit of both parties and this has, I think, been achieved to some extent.

We have a long way to go and I would like to see more corporate partners from other sectors of the golf business marketplace become involved, rather than just those in the developmental and project side. The support the corporate partners can give us is immense and very important to the future of the association and how we can all dovetail together to achieve much, much more.

Your son, William, now has the reins at Swan Golf Designs – the third generation of golf course architect in the family; how proud are you of his achievements?

William has been practising as a professional golf course architect for 10 years and, of course, I am immensely proud of his work, the development of his skills on and off-site, as well as his leadership.

I have no doubt that my father would have been as proud as I am to have him continue to fly the Swan flag wherever he might be fortunate enough to work. I don’t think there are too many three-generational firms in the marketplace in the world so, yes, we are fortunate to have found opportunity within our family.

With all due respect, you are now in the ‘veteran’ stage of your career as a golf course architect, so what percentage of your time do you spend on each role – and what comprises a typical day for H Swan Esq?

Thank you. Yes, I guess you are right after some 45 years. I would like to think that I can play a part in helping and supporting William in his work in the architectural business as he continues to develop and expand his experience and expertise at home and abroad in a great variety of projects.

The creative work still gives me a great amount of thrill and excitement, as I have the opportunity to undertake, perhaps fewer projects, but each more intensively. In doing so I enjoy spending more time on site with golf course superintendents and contractors – and, of course, working alongside other members of GCA also keeps me mightily enthused.

What do you think are the biggest challenges facing the golf industry currently – and how would you address them?

I think – and have felt it for a long time – that we do not encourage enough people to join the game. There are lots of reasons why … the often quoted it’s too expensive; it takes too much time; it’s too exclusive and elitist, are just some of them.

I do think that the game must change in its attitudes and from within the game must change also. For decades, I have been a great proponent of laying out facilities where people can begin to take up golf. My father before me, and then I after he died in 1984, were fortunate to share our time with Sir Henry Cotton, who had a vision to provide rough golf courses for youngsters.

He was, of course, one of the founders of the Golf Foundation and he saw that being an excellent means of harnessing the interest, the investment, the focus of the industries involved in every aspect of the game to promote it for youngsters, in and out of school.

I have always shared that belief and wherever the opportunity has arisen in a project I have tried to lay out a simple, inexpensive facility of, perhaps three, six or nine holes to cater for those who might want to begin to play and on which they may fulfil their expectations at the beginning of that learning process and hone the skills. 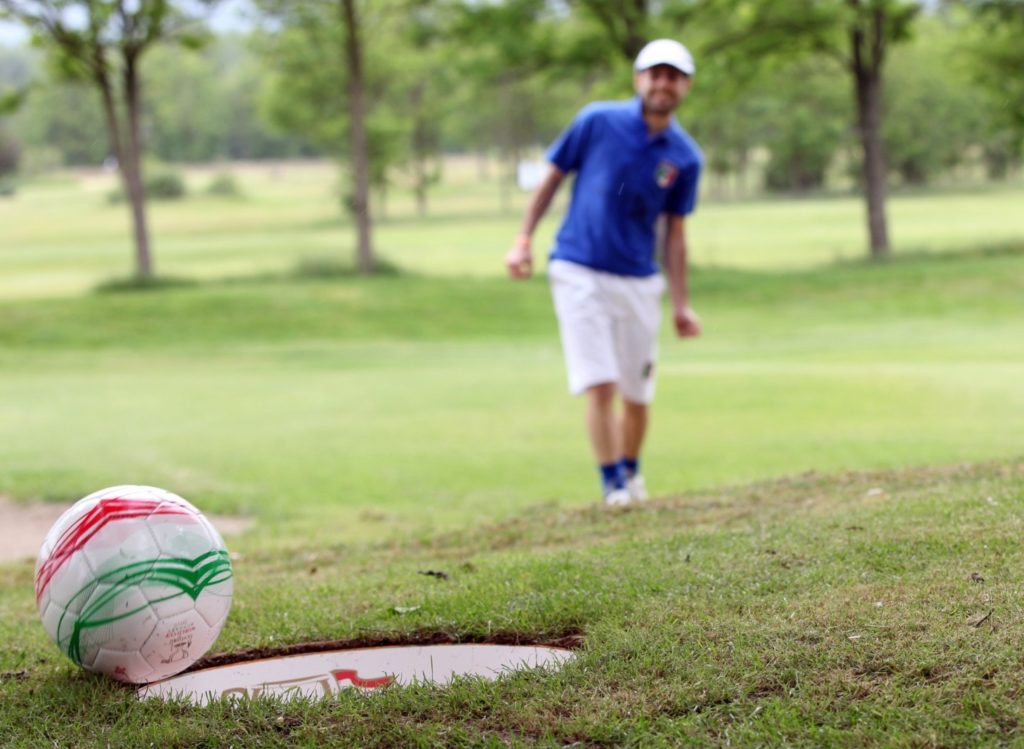 I continue to do that as prolifically as I can today, particularly in what I call the frontiers of golf: those countries where there is little heritage and tradition in having the game, yet offer such a wonderful opportunity for it to become established and grow.

In saying that I also believe that the game needs to look much more laterally from its own traditional, rather narrow and focused base, and look to the likes of different forms of playing to get more people interested and to give them a great sense of achievement, satisfaction as they improve and, most importantly, have fun doing so.

The conceiving, designing and laying out of some dedicated FootGolf courses has given me a great amount of fun also. I’d like to see more.

If you could change one thing about the sport, what would it be and why?

I’d like to see it become simpler in the way it is played and regulated and much more welcoming. I get extremely frustrated when I enter many clubhouses to see so many signs and notices which tell you what you cannot do – so there is little encouragement on display to stretch out one’s arms to those who are coming through the door and say ‘Come on in’ this is a great game, come and enjoy it’.

I also think we have to find a way of making the game less difficult to play, so that achieving some kind of proficiency does not take so long. As an old boy, as you have reminded me that I am, I sense that the modern generation doesn’t have the patience to wait to achieve a result. It’s all too easy to get instantaneous and much quicker satisfaction and gratification from lots of other things which golf has to compete with.

Euan Loudon is to step down as Chief Executive of the St Andrews Links Trust after a decade in the role.

Topgolf's second 9-Shot Challenge Global Tournament tees off this weekend, when players are invited to virtually take on the iconic Ocean Course at Kiawah Island, host of next week's PGA Championship, and vie for the top spot on global leaderboard.

Bushnell Golf has been announced as a main sponsor for the ISPS HANDA World Invitational presented by Modest! Golf Management, which will be held in Northern Ireland at the end of July.