Welsh Golf Membership On The Up 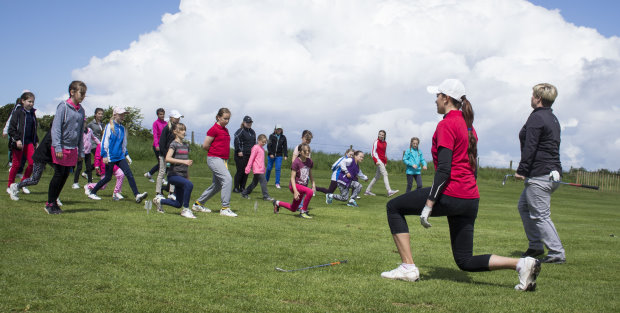 Almost half the golf clubs in Wales have seen an increase in membership this year, showing worldwide trends can be reversed with a modern approach to the lifelong sport.

And there were 21 clubs affiliated to the Golf Union of Wales, just more than one in eight, which have increased membership in both 2015 and 2016, including clubs from 14 different local authority areas across Wales.

Most of the successful clubs have been working closely with Golf Development Wales, learning the lessons from best practice across Wales.

The key causes have been a 5 per cent increase in girls joining clubs, plus a marked increase in the number of membership categories being offered so potential new members could choose a package to suit their lifestyle. 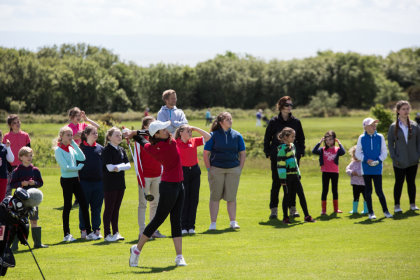 Almost two thirds of clubs saw an increase in visitor numbers in 2015, compared to 2014 (the most recent figures available), while the average number of full-time staff employed at each club has risen to eight – twice as many as 2013. The number of registered volunteers has also gone up 20 per cent, to 600.

Most of the successful clubs have been working closely with Golf Development Wales, learning the lessons from best practice across Wales.

Golf club membership across the world had been falling in recent years, with many clubs not keeping up with the changes in social habits, changed economic times and increased competition for people’s time.

“Everyone at Golf Development Wales has been working incredibly hard, alongside some really inspirational clubs, to reverse the worldwide trends in golf club membership,” explained Hannah McAllister, Golf Union of Wales development director.

“While numbers of people playing golf have been going up, it is also important to convert that into club membership as the clubs are the key fabric of the sport. Even nomadic golf would not be possible without thriving clubs.

“Many golf clubs in Wales have embraced change and have seen a turnaround in their fortunes, in some cases a dramatic turnaround.

“Obviously the aim is to see golf club membership increasing at every club in Wales, but these figures show a good start and good progress. They also show there are certain approaches which can work in all areas of Wales.”

There are plenty of success stories from all round Wales. For example Mold in North Wales has seen an affiliation increase of 41 men, nine women and six juniors.

“The main success has been from New2Golf, as well as members helping out by taking new members out onto the course, taster sessions and beginners classes,” explained Mold PGA professional Craig Tudor.

“I am as busy as I have ever been in terms of coaching and the junior academy is thriving with close to 100 juniors. We could always do with more members but we are in the strongest position I have seen here.”

“The key in Abersoch to successful recruitment, I believe, is being adaptable to the circumstances and geographic location we are in,” said club manager Dai Davies.

“Our demographic changes throughout the year, from a sparse population in the winter through to a massive population influx in the summer.

“Winter memberships for those busy during the holiday season, low cost introductions for returning golfers, buddy schemes for new members – we have also introduced an introduction scheme through local estate agents for those new into the area and buying a new property.

“We have adapted the New2Golf scheme to suit our club. Our start of the schemes four years ago are now starting to bear fruit with a number of new members now paying full fees.”

Lakeside in Mid Wales have seen numbers increase by more than 50 as well, while Builth Wells have seen 28 new members.

“Membership levels have increased across many categories including Full Male, Colt and Junior/Primary, thanks to promoting golf in schools and festivals, New2Golf starter packs, open days and being involved in the community.

“It isn’t rocket science how we as a club has increased membership, we aim to be fair to each and every person that is or wishes to be a member.”

Pennard near Swansea has seen one of the biggest increases in women members with 19 out of 45 people joining the club.

“That’s down to our academy membership which we launched through New2Golf focussing on ladies getting together through beginners groups, playing the front nine at off peak times and getting continued support and coaching,” explained Pennard manager Huw Morgan.

“We have added a second year because people learn at different speeds and then they can become full members, three have transferred to seven day membership already. We have also added men to the scheme.

“Golf used to be about what you couldn’t do rather than what you can do, but we have changed that.”

The exact figures show 42 per cent of clubs across Wales have increased their membership numbers in 2016, with girls’ affiliations increasing by 5 per cent.

It follows a report in England which shows 30 per cent of clubs have increased membership this year, learning many of the same lessons as those being applied in Wales.

The news was welcomed by Golf Union of Wales chief executive Richard Dixon, who added, “These figures show that the emphasis we have put on helping clubs to learn the lessons which help to attract new members has paid off.

“These increases go against the trends of recent years across the world, but particularly in the UK. It shows what a warm welcome, regular communication and being part of the community can achieve, alongside plenty of other measures.

“It also highlights the importance of welcoming all areas of the community, men, women, boys, girls, disability, ethnic minorities

“We are certainly not complacent, but it shows the start of what can be achieved. The Golf Union of Wales have some very ambitious targets in place for 2020 and these figure show we are on course.”