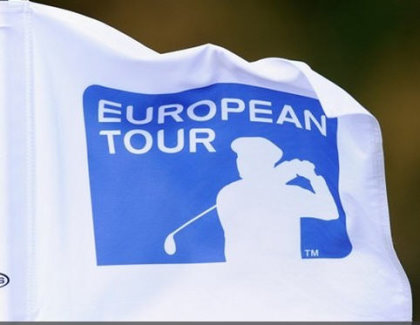 The European Tour has announced the opening of its new Beijing Office with the aim of further developing its global brand in China.

It will be led by Simon Leach (Li Sai Wen), who previously helped grow the game of snooker in China through his work with World Snooker’s governing body, World Snooker Limited.

In addition to seeking new opportunities in China, Leach and his team will help manage and oversee the existing European Tour events played in the country, working alongside the China Golf Association and the Multi-Ball Games Administration Centre of the General Administration of Sport.

The European Tour has had a strong presence in China for the past 12 years, with April’s Volvo China Open, at Genzon Golf Club in Shenzhen, the 44th European Tour event to be staged in the country.

Three more tournaments are due to take place on Chinese soil on The 2014 Race to Dubai, with the Hong Kong Open returning to Hong Kong Golf Club from October 16-19, before two out of the four Final Series events – the BMW Masters and WGC-HSBC Champions – are held in Shanghai in consecutive weeks at the end of October and start of November.

As a consultant to The European Tour, Leach was central to the development of partnerships which have subsequently helped establish the BMW Masters in 2012, while last year he also helped launch the Foshan Open, one of two Chinese events on the European Challenge Tour in 2014 alongside the Shankai China Classic. He has now been appointed Director of European Tour International, China, leading the new office which is located at Park View Green (Qiao Fu Fan Cao Di) Beijing’s ground-breaking, iconic, creative and ecologically friendly office and retail premises.

Leach said: “After building a sound, sustainable platform in Greater China for many years, it is now the right time to create a permanent presence on the ground to further develop the already excellent relationships with the China Golf Association, and other various Local Sports and Government Bureaus throughout the country.”

“We are implementing sustainable long term plans with partners to further develop European Tour events in China, and we are focusing our efforts to provide young Chinese players with increased playing opportunities both in Mainland China and overseas through the Challenge Tour platform – the leading feeder tour for rising stars heading for The European Tour.”

“In addition, we will be announcing new and exciting initiatives in the areas of digital and social media, retail and brand development. The China golf market is clearly at the beginning of a huge growth curve, especially with its recent inclusion in the Olympics, and The European Tour is well placed to contribute hugely to this development. It is an exciting time for golf in China, and we look forward to developing many reliable and effective partnerships throughout the region.”

As part of the association, Golf World China now publishes an entire section of European Tour content in each monthly edition, giving golf fans in China in-depth coverage of The Race to Dubai on The European Tour, as well as the latest developments on the European Senior Tour, the European Challenge Tour and The Ryder Cup.

For all enquires to the Beijing Office: