Toro Company, one of golf’s most respected and recognisable brands, has thrown its weight behind the Asian Golf Industry Federation’s inaugural AGIF Expo. A long-standing Executive Member of the AGIF, Toro has signed up as a Gold sponsor for the event to be staged at Thailand’s National Stadium (pictured above) in the Pathum Wan District of Bangkok on November 19-20, 2020. 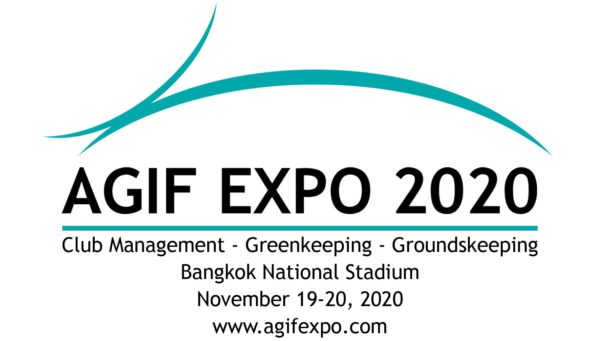 Club Management, Greenkeeping and Groundskeeping will take centre stage at the AGIF Expo which aims to bring together golf/sports turf and club managers from across Asia for education and networking in tandem with supplier access via exhibition and sponsorship.

Eric Lynge, the AGIF’s Chief Executive Officer, said: “Our thanks go to The Toro Company for confirming their support as a Gold Sponsor at the AGIF Expo.

“They have been a loyal partner of the Certificate in Greenkeeping that we launched two years ago and their backing for the Federation’s latest initiative ensures that the AGIF Expo is off to a positive start.”

Darren Redetzke, Vice President International Division, The Toro Company, said: “Congratulations to the Asian Golf Industry Federation on the launch of the AGIF Expo. It promises to be an outstanding event and one which The Toro Company is proud to be associated with.

As a Gold sponsor, Toro will be afforded 36 square metres of exhibiting space in a prime location and two demo slots per show day, at which they can showcase their latest products.

The AGIF Expo will also be an opportunity to celebrate the achievements of individuals who have gained certification in the Certificate in Greenkeeping, which is run with the support of The R&A, as well as the Certified Club Manager degree, which the AGIF offers in Asia in partnership with the Club Management Association of America.

With its excellent infrastructure (transport, hotel and amenities) nearby the Stadium, Bangkok is the ideal location to hold the inaugural AGIF Expo, said Lynge, adding that it is the intention to create a carnival-like atmosphere through a variety of entertaining and engaging activities within the stadium.

Founded in 1937 with the construction of Supachalasai Stadium, its main venue, the National Stadium of Thailand has since expanded and now consists of multiple stadia and sporting facilities.

The stadium is easily accessible, served by the BTS Skytrain which stops at the ‘National Stadium BTS Station’, right next to the stadium.