The PGA Merchandise Show – Impressions of a First-time Exhibitor

Paul Green of Paul Green www.stampyourballs.com and www.birkdale-trophies.co.uk was a first-time exhibitor at this year’s PGA Merchandise Show in Orlando. Now he tells GBN.com readers about the experience. In case you are wondering: he is definitely going back next year! 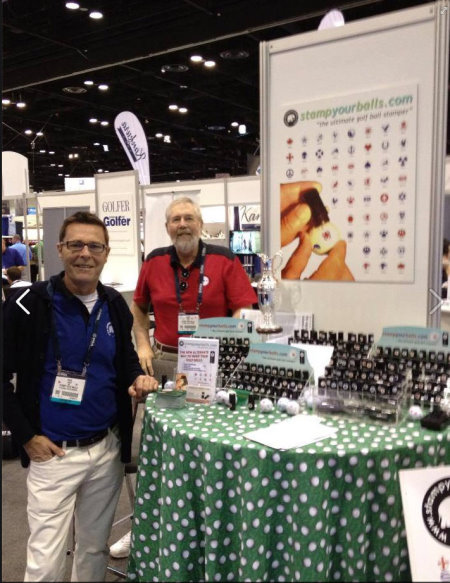 “As a small brand, actually I would say the smallest brand in golf, we took the decision to show at the PGA Show in Orlando as part of the British pavilion with our unique product www.stampyourballs.com the golf ball stamper. With such huge brands attending would we be missed? Would we be ignored? Would we be lost amongst the big boys? In short would the trip be worth it?

The quick answer is ….It was the right decision and no we weren’t missed, ignored or lost…..the people buying at the show are looking for new ideas and they know how to sell, more importantly they don’t mind being pitched to…we never had one stony faced refusal, so professionals could see the value, the large resorts saw how it would work in their shops and as giveaways and the corporates saw the chance to brand their name onto something new, useable and reasonably priced….they just got the idea straight away…a show like this opens the doors like no other, you can email the idea, post brochures, telephone as much as you like, but being there really can’t be beaten, you have whatever product and visitors can touch, feel and use and above all meet you and see your team enthusiasm…you can easily gauge feedback and get ideas maybe you had not thought about, it’s really a win win situation

The Show is huge, think of the inside of Wembley Stadium and add a bit, every big brand in golf is there, Oddysey putters even took a full size tank to use as a display(we just need a few large suitcases) and you can see all the new clothing, clubs, gadgets and much more close up and personal…the Golf Channel telecasts live every day and have celebrities popping in and out for a chat and a few of the top players are there to sign autographs and answer questions.

We had Donald Trump pass by and were even luckier to have David Leadbetter call on the stand three times he was so impressed by our stamper…he was genuinely interested by how we conceived it, how we produced it and how we intended marketing it….a real gentleman with great charm and patience, our first sale, and by pure coincidence came from a club at the bottom of my road,Gerrards Cross,we had mail shotted the professional there but he had no idea we would be exhibiting, and was just walking by and bought a full set of stampers and display case for his shop, all with his logo on the lid…all in five minutes!

Wales, Ireland and Scotland had three impressive stands…but no England, which I found peculiar, the other three put a huge emphasis on golf tourism but England totally ignores it, maybe it’s the English way, or just apathy but personally I thought it was pathetic…and we were showed up by a lack of foresight which is staggering…at times like these when clubs are struggling why England Golf could not be bothered, or even the English Tourist Board getting clubs together is so short sighted it beggars belief, nor was there any R&A representation. 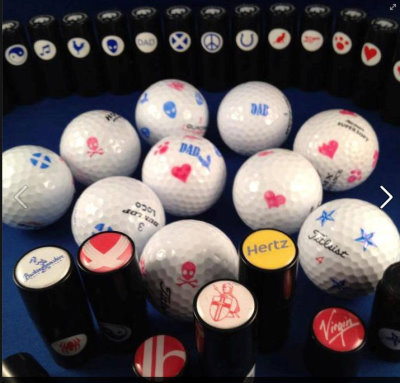 I  understand this is America, I understand this is the PGA not general golf and maybe our Open promotes itself, but the USGA had a huge stand with the most welcoming staff on, the two Major trophies on display and plenty of visible help to those who wanted it. We were part of the British Trade Pavilion, funded by central government and I have to give them credit for that, but golf has to help itself and the lack of either English or other British brands either through lack of awareness or positivity doesn’t show us in a good light. Has anyone ever heard of lets say a London Golf Tour promoted by anyone? With so many amazing courses around the best city in the world isn’t it surprising they couldn’t get together and have a stand or even part of a stand, it seems to me we take all our money overseas yet get hardly any return from our own clubs and courses back into the economy, America has almost everything but it doesn’t have Sunningdale, Wentworth, The Berkshire and any number of home counties clubs who fly just under the radar….let’s make them feel welcome and don’t rip them off and see them as a quick buck cash cow, use them to spread the word of just how good our courses are….

We will be back in 2015,we may take the same deal as this year, we may take a larger more prominent stand from the organisers, so if you have a product, idea or region to promote, don’t hesitate make the booking now. Also, it’s well worth the effort and of course you can tag on a holiday either side, which isn’t a bad idea for us next year!

If anyone has any questions about the show from a purely independent position with no reason other than to help or advise please feel free to contact me.”