The SALTEX 2016 post-show visitor surveys have revealed a fascinating insight into the visitor profile of the show.

SALTEX 2016 featured three exhibition halls at the NEC packed with UK and international visitors. It was therefore encouraging to see that more than 80 per cent of the visitors rated their overall SALTEX experience as being either very good or excellent. 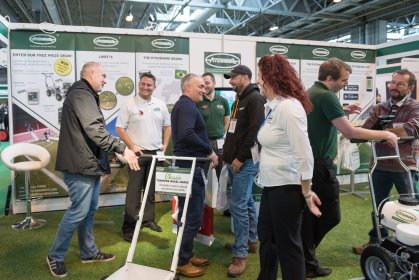 As for the products and services that they were interested in viewing – machinery, power and hand tools led the way but there was plenty of interest in others.

An overwhelming amount of exhibitors reported serious business leads and significant sales, commenting that visitors were high-quality buyers with serious intent. The visitor surveys were certainly testament to this as they revealed that over 80 per cent of SALTEX visitors held purchasing responsibility with over 70 per cent able to sign-off purchases of up to £100,000.

Over 40 per cent of visitors said that they placed orders at the show with either existing or new suppliers while over 45 per cent said that they had registered interest which would lead to demonstrations or further discussions.

As for the type of facilities that they are responsible for, it was great to see such a wide array of visitors. Over 80 per cent of SALTEX 2016 visitors said that they would absolutely be returning to SALTEX again next year at the NEC on 1 and 2 November 2017 – reaffirming the exhibition as their must attend event of the year.