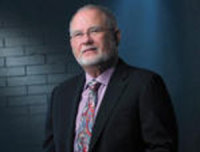 John Solheim, Chairman and CEO of PING, will be awarded the coveted Lifetime Achievement Award at this year’s HSBC Golf Business Forum, which will take place at the Pudong Shangri La Hotel in downtown Shanghai, 1-4 November 2015.

John is being recognised for his outstanding contribution to the world of golf as well as his achievement, leadership and innovation within the business of golf. A deserving winner of the 2015 award, John is the son of PING founder, Karsten Solheim and was appointed President of the parent company in 1995 before becoming the Chairman and CEO in 1997.

A company synonymous with quality and service in the world of golf, the Solheim family were not only integral to the creation of the Solheim Cup in 1990 but have elevated the biennial contest to a global success with spectator figures surpassing 100,000 and more than 2.5 million worldwide TV viewers. In 2002, the PING CEO conceived the idea to expand the popularity and prestige of the contest creating the PING Junior Solheim Cup, which is now played in conjunction with the event and offers U18 girls from Europe and USA the opportunity to promote their golfing careers.

The award is being presented for the tenth successive year and John joins a list of illustrious winners including last year’s recipient, Peter Dawson, the outgoing Chief Executive of the R&A; PGA TOUR Commissioner, Tim Finchem; as well as standout contributors to the professional game, Jack Nicklaus, Arnold Palmer, and Gary Player.

Speaking about the accolade, John said, “I’m honoured and delighted to hear that I will be receiving this prestigious award. The list of previous winners is extremely impressive and I am very proud to know that the Solheim name will be alongside some of the most influential names in the world of golf. This award indirectly recognizes the contributions to golf of my entire family and the tremendous team at PING. Shanghai is the perfect city to host the premier golf business event of the year and I’m looking forward to hearing from the line-up of speakers at the event.”

The HSBC Golf Business Forum is the largest and most significant meeting of golf business executives and decision-makers and, with an already action packed agenda, is a must for all in the golfing world.