The move of APGS to Haikou has been facilitated by the Mission Hills Group of China. In announcing the hosting of the event in Haikou, Mr. Tenniel Chu, Group Vice-Chairman of Mission Hills said, “The hosting of APGS in Haikou in 2020 is a significant milestone specially since it comes in the wake of China declaring Hainan as the first pilot zone in the country to grow the golf industry.”

The Hainan International Golf Alliance has been given a specific mandate to promote golf tourism and to serve as a window to golf in China. “It is hoped that through this initiative, the world can be introduced to the spectacular tourism attractions of Hainan and to also be given a first-hand insight to the world class golf courses and golfing facilities on the island, “Mr. Chu pointed out. 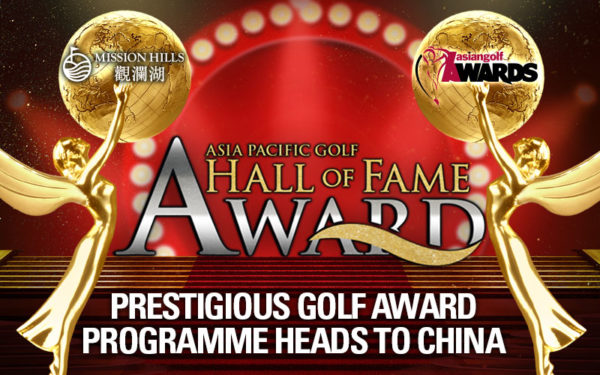 The collaboration between the Mission Hills Group and the Asia Pacific Golf Group (APGG), the owner and producer of APGS, is a step in the right direction to establish the island as China’s golf hub. “APGS is the longest established international Summit on the knowledge of golf and we are pleased to bring it to Hainan as we have always looked upon this Summit as a major business networking event,” said Mr. Chu.

“This collaboration with the world’s largest and most powerful golf resort will take APGS to a whole new level and after fourteen years, the time has come to enlarge both its scope and size to better cater to and address the needs of the multi-billion dollar golf industry in the Asia Pacific,” explained Mike Sebastian, CEO of APGG.

Commenting on the collaboration, Mr. Chu went on to add, “This collaboration will see APGS making Haikou its permanent home-base and we see this as a major hub that will develop and grow into a very powerful operation to serve the Chinese hinterland and the entire Asia Pacific region.”

“We are delighted that after thirteen years of moving from city to city, APGS has finally come to roost at a perch which is perfectly suited to help it grow,” Sebastian pointed out.

“Like APGS, we are honoured to play host to the Asian Golf Awards from 2020 and we look forward to taking this to a whole new level as it enters its third decade,” said Mr. Chu.