Accurate, efficient and cost-effective, GDC has proved itself the system of choice for golf clubs the world over since its launch five years ago. But, with Ian having joined the 36-hole Ascot course some 12 months ago from West Hill Golf Club in Surrey, what does he make of his predecessor’s 2007 investment in a GDC system?

“I’ve used Toro Irrigation throughout my 25-year career, including the SitePro system while working at West Hill and Wentworth,” says Ian. “But I hadn’t tried GDC until I joined The Berkshire. The first thing I noticed when I arrived was its ease of use. It’s very advanced and I soon got to grips with the operations and controls.”

Ian says that the spell of very hot, dry weather around Easter was the perfect time to put the system to the test. “It certainly proved itself far more efficient than previous systems I’ve used during that hot spell,” he continues. “Other benefits are it’s a lot easier to run and build watering programs. All in all, it saves me time and I have complete confidence in it – we haven’t had any problems.” 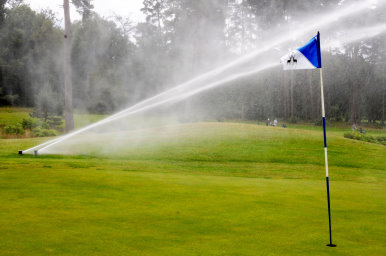 “I used Toro machinery at West Hill and wanted to stay Toro as it’s the best there is,” he said. “We’ll be spending three-quarters-of-a-million over the next five years replacing our fleet on a like-for-like basis. The machines are fantastic, plus we have a great relationship with our dealer, John Shaw Machinery.”