Five star family-run golf hotel Tewkesbury Park is the fastest-rising in the new Top 100 Golf Resorts in GB & Ireland, published every two years by Golf World magazine. It leapt from 84th in the previous rankings, to 57th in this year’s list, a rise of 27 places.

Tewkesbury Park was also named among GB & Ireland’s Top 30 Luxury Golf Resorts in the Top 100 feature, which appears in the January 2020 issue of Golf World.

The news follows soon after Tewkesbury Park was named among Britain’s Top 100 Hotels by The Sunday Times, in October 2019 – an accolade shared by just three other British golf resorts, including Gleneagles. 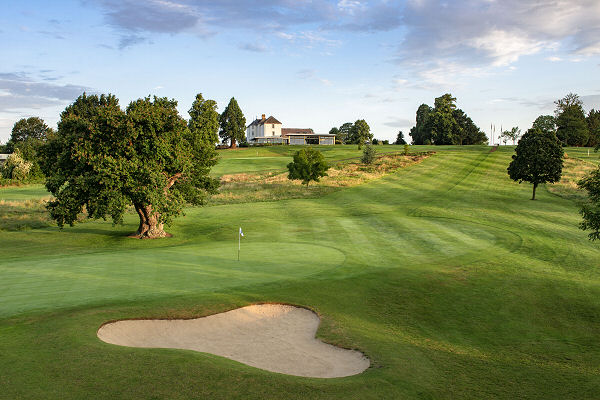 After being named the UK & Ireland’s Best Hotel for Weddings, Parties and Special Occasions by publishers Condé Nast Johansens in late 2018, and listed in National Club Golfer magazine’s Top 100 GB & I Golf Resorts rankings in early 2019, Tewkesbury Park has quickly become one of the UK’s most acclaimed golf resorts after its recent £10m refurbishment programme.

“To gain such recognition so quickly after our relaunch is a source of great pride for the team here,” said Tewkesbury Park’s General Manager, Patrick Jones. “The McIntosh family has transformed Tewkesbury Park in the last five years, and their passion for golf is obvious to every visitor who comes here.

“Golfers often remark, after staying here, how refreshing it is to be at a truly independent hotel, where everything from the rooms to the food to the staff is presented in a uniquely Tewkesbury Park way. It’s hard to describe, so the best thing is for golfers and their friends to come and see for themselves. Our golf course, prepared by Paul Hathaway and his team, features some of the best greens in the west of England, and we are a PGA tournament venue in 2020”

At the resort’s heart is The Deerpark, a 6,554, par-72 golf course which was designed by Frank Pennink on a 200-acre site adjacent to Tewkesbury’s historic War Of The Roses battlefields. In 2016 it was refurbished by Peter McEvoy, working with golf agronomists Turfgrass.

Other facilities at the resort include a 93-bedroom hotel, comprehensive leisure and spa facilities, two restaurants, and meeting spaces for up to 200 people,