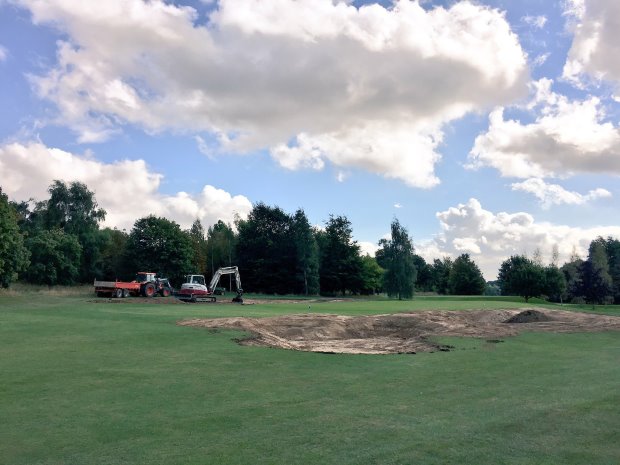 Saffron Walden Golf Club has taken further steps to ensure it retains its place as one of the best parkland courses in eastern England, by renovating two further holes under the auspices of Suffolk-based Swan Golf Designs (SGD).

William Swan, the third generation of course architect at family-owned SGD, has been working alongside course manager Ian Cambridge and experienced shaper Paul Davies to make improvements to both the 14th and 15th.

The 14th saw the renovation of one bunker at the front-right of the green and the replacement of the other with a grass run-off, which will gather approaches that are over-hit or dragged slightly left. In addition, the playing corridor has been widened to open up the mid-length par-four to a wider variety of strategies. 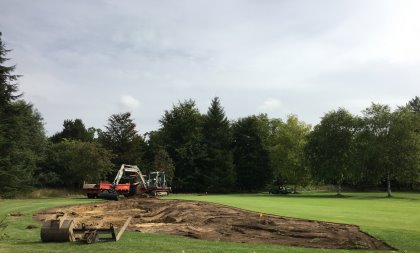 William Swan said: “SGD has enjoyed a long relationship with Saffron Walden Golf Club and I’ve relished the opportunity to work with the club again this year. The course has always been one of the best in the region and the club is committed to making the necessary investment to maintain that status. Our job has been to match that commitment and help the club implement a plan of improvement to achieve that objective.”

The work at Saffron Walden is just one of numerous renovation projects being led by SGD in the UK this autumn, with construction soon to begin at seven other golf clubs.

SGD is an independent and professional golf course architecture firm with a track record of providing clients with successful design solutions on golf course projects for more than 50 years.

Borne out of the successful golf course designs undertaken by Alex Swan with three-time British Open Champion Sir Henry Cotton and continued by Alex’s son, Howard, and grandson, William, SGD has established itself as a leader in the field.

Based in the UK, SGD has earned commissions on four continents having designed or renovated courses from the UK to the USA, Brazil to Bosnia, Czech Republic to China, Iceland to India and Spain to South Africa among many others.