Stirling Golf Club in Scotland has taken on the services of Essex-based architects Swan Golf Designs to design a new £150,000- community golf academy at the venue.

The Stirling150Academy is scheduled to be ready for use in spring 2020, with the contractors breaking ground last month. It will comprise a long-game academy, two short-game academies, a putting academy and a six-hole academy, with artificial target greens.

It is also being created to encourage those who might not normally have the chance to start playing golf – the disadvantaged or challenged in the community. This has been publicly recognised with the project awarded a grant of £50,000 towards the total cost, from Sport Scotland, which sees the initiative as a blueprint to which other clubs should aspire. Stirling Golf Club matched the money donated and the £150,000 funding target was achieved during the summer, allowing the development to begin on schedule.

Swan Golf Designs created a 10-year masterplan for improvements to the whole course in 2012, as architect Howard Swan explained: “We reviewed the practice area in the original audit and, considering the seventh year of the plan coincided with the 150th anniversary of the club, we suggested, rather than carry out work on the course and intrude on celebrations, we should, instead, look at improving the practice facilities and making them more inclusive.”

He added: “The Stirling150Academy makes maximum use of a small area. And, with the assistance of a progressive group in the membership, the drive of professional Kenny Monaghan, and assistance from Anthony Blackburn, from Golf in Society– a social enterprise which uses golf to improve the lives of the ageing population so affected by dementia – we produced a concept focussed on the community, which encourages participation of the local schools and population. 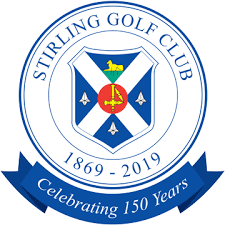 “Sport Scotland described the plan and the document as an ‘exemplary approach’ for golf clubs in the future. We’re always looking to see how we can make golf more sustainable – and that ethos was recognised by the merits of the public purse. Both SGD and Stirling GC are extending the arms of welcome to those who traditionally may have lacked the opportunity to play our wonderful sport.”

The golf club has supported the plan enthusiastically and appointed a senior member to chair the academy development group. Three contractors are to work on the project under the direction of SGD: Stirling-based Greentech Sportsturf, artificial turf specialist Scotgrass, and irrigation experts Linlithgow-based TIS, while the golf club will handle horticultural work in-house under the direction of James Lindsay, the course’s superintendent.