Sorenstam’s On A Mission In China

Annika Sorenstam is to return to southern China in February to host the ninth edition of her popular ANNIKA Invitational at Mission Hills.

The all-girls event is one of the highlights of a  junior schedule at the world’s largest golf facility that features more than 30 tournaments for thousands of young golfers during 2019.

Hosted by the ten-time Major champion, the 2019 ANNIKA Invitational will take place on her highly-acclaimed Annika Course at Mission Hills Dongguan from February 27 to March 1. With R&A and CGA ranking points on offer, top female golfers aged eight to 18 will compete over three rounds for a place in the ANNIKA Invitational USA presented by Rolex. 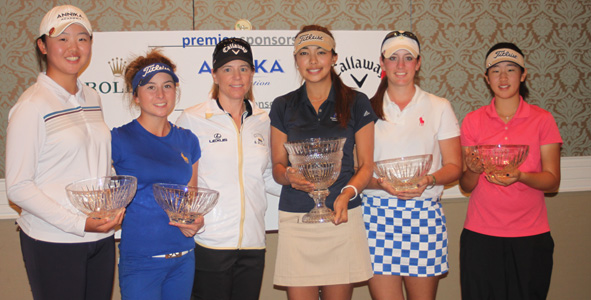 Tenniel Chu, Group Vice-Chairman of Mission Hills said: “Following recent announcements of our PGA of America partnership and our golf scholarship programme with The R&A, 2019 promises to be another significant year for the Mission Hills junior golf programme as we strive to introduce more Chinese people to the game and contribute to the growth of golf worldwide.”

Also returning to the schedule will be the 12th Jack Nicklaus Junior Championship (April 19-21) and the third Mission Hills Junior Open (March 29-31), both offering its leading players the opportunity to compete in America, the latter at the World Stars of Junior Golf event in Las Vegas.