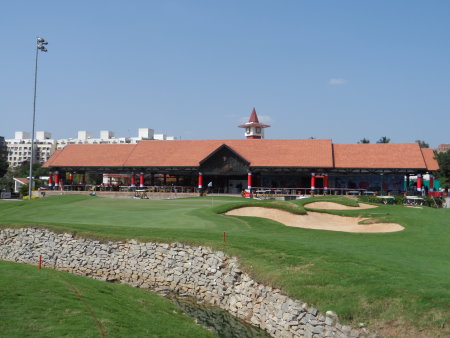 The national number one status of the Karnataka Golf Association’s course in Bangalore was underlined this month when the Indian Open Championship was held, for the first time for almost 50 years outside the capital city of Delhi and Kolkata, in southern India at the course which Swan Golf Designs redesigned and renovated some three years ago.

The 7227 yard par 72 layout, originating from Peter Thomson’s work in the 70s and 80s, had been chosen to host the national tournament because of its quality and its challenge to the highest ranks of the players on the Asian Tour. What was promised certain materialised as the course met with great accolades and praise from the professionals, the event organisers, the Indian Golf Union as well as the substantial numbers of members and other visitors who turned out to watch the four rounds.

Two players tied after 72 holes with very respectable scores of 14 under.

The play-off, on Sunday, saw an enthralling and tense battle between Richie Ramsay, a three-time winner on the European Tour this season and Thaworn Wirachant,  one of the Asian Tour’s seasoned professionals and a previous winner of the Open, with the Thai winning the coveted trophy that he had won previously in 2005.

The course had defended itself extremely well against the best of Asia’s golfers.

Before the course was renovated it had had significant problems of flooding during the monsoon rains with the holes being out of action for prolonged periods, much to the frustration of the membership. The greens and tees were old and in poor condition, with many local indigenous grasses and weeds. The fairways were essentially the same and the course was badly in need of upgrading an improvement. 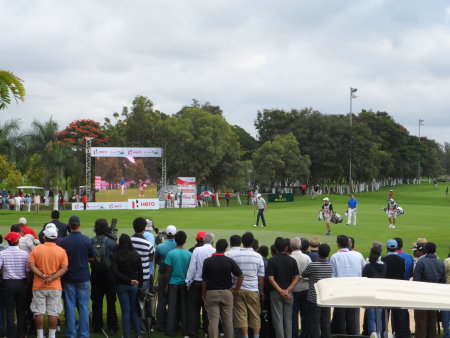 Since SGD’s work, which was carried out in two phases by the club with a resident project manager, with the work being undertaken by local contractors, the course has never once been closed and the comprehensive renovation to provide new greens, new tees, some impressive bunkering, new drainage throughout, new irrigation and grassing with dwarf and 419 Bermudas and a colourful landscape treatment, has resulted in achieving the highest quality of any golf course in India.

Sumit Rathor, President of the Club added: “The reason for The Open coming after so long to southern India and to KGA is quite obvious: the golf course is simply the best facility in India.”

SGD is working elsewhere in the country on the renovation of some of the older golf courses as well as on new projects, including a series of compact academies which will underpin the development of a population of budding Indian golfing stars.

Howard Swan, golf course architect for the project for SGD, adds: “It was great experience to have been asked to go to India in the first place to sort out a severe problem of inadequate drainage on the golf course. By careful study and appraisal of a drastic situation and a potential solution, it is very pleasing that such a successful golf course has come out of all our efforts. It was certainly a challenge working in India, and it continues to be so in our other projects there. The sheer interest and industry of all the workers in the project and on the golf course, where most operations were done by hand, was wonderful to see and wonderful to experience. It is a testimony to those efforts that the Indian Open came to KGA this year and was so very, very successful”