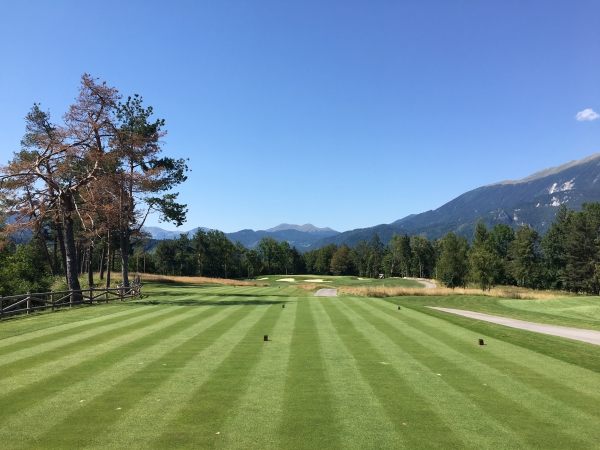 Royal Bled, Slovenia’s oldest golf course, has been officially reopened following the completion of an extensive renovation project led by Swan Golf Designs. During a spectacular two-day event, which also marked the 80th anniversary of the original course in Bled, HRH Princess Jelisaveta Karadordevic of Serbia hit the first ceremonial shot on the redesigned layout.

After a welcome dinner at the historic Bled Castle the previous evening, invited guests from across the world gathered on the morning of 1st August 2017 to take part in the inaugural tournament on the much -changed Kings Course.

Four teams were each led by one of the four professional golfers in attendance: former Ryder Cup captain Sam Torrance, Ryder Cup player Costantino Rocca, four-time European Tour winner Marcel Siem and Slovenia’s leading golfer and Royal Bled ambassador Tim Gornik.  The competition was won by Rocca’s team, but it was Siem who posted the first course record with a score of 69 to win the royal prize awarded by Princess Jelisaveta.

The renovation project was undertaken over three years, with at least 18 holes of the 27-hole complex remaining open from play throughout. The works encompassed the redesign and reconstruction of all greens, tees and bunkers, the addition of ten new lakes and the installation of one of Europe’s most advanced irrigation systems.

In addition, a comprehensive practice facility was created, with a double-ended range, two practice chipping and bunker greens, a 1000m2 putting green as well as a pro-teaching suite kitted out with the latest video analysis and ball tracking technology. The course now measures 7275 yards from the back tees but, with at least four tees on each hole, is accessible to all standards of play. 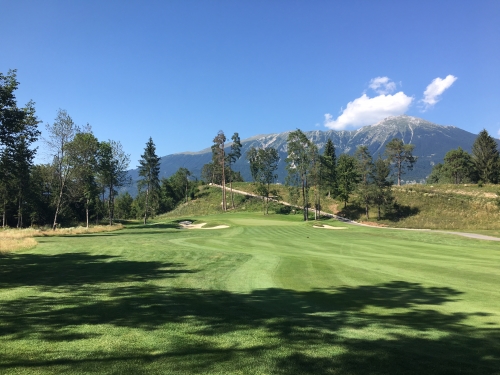 The project team combined local skills, knowledge and materials with expertise from throughout Europe, all under the guidance of William and Howard Swan of Swan Golf Designs and the supervision of Slovenian project supervisor Aljosa Golob. The grow-in was conducted by Course Manager Simon Connaughton and his team, who achieved a course condition worthy of a professional tour event less than a year after seeding was completed.

Over the past nine months the Kings House has also been renovated and extended to a standard commensurate with the golf course, restoring Royal Bled to its position as one of Europe’s top golf venues. When asked during the press conference whether he thought Royal Bled could host a European Tour event, Sam Torrance replied that it would be one of the top-15 courses visited by the Tour and had the potential to host a future Ryder Cup.

Gordana Šolak, owner of Royal Bled, commented: ‘The golf course was like a sleeping beauty which had been neglected over many years. We wanted to wake it up and present it to the whole World like a jewel and a great addition to European golf. We are honoured that HRH Princess Elizabeth has bestowed on us Royal Status, and delighted that she was able to join us today in celebrating the rebirth of this great Club.”

Throughout the re-development, the Club has been working with IMG Golf to ensure that the quality of the experience, on and off the course, matches the unparalleled surroundings. Russell Hannah, Director of Operations for IMG golf commented, “From the outset, the Owner’s passion for the Club and their commitment to quality has been very clear. It has been a privilege to be part of the journey and I have no doubt that Royal Bled will become recognised Internationally as one of Europe’s great golfing venues.”

William Swan adds, “It has been a great pleasure to work with the Solak family on the renovation of the Kings Course. Slovenia is a beautiful country, and we’re delighted that it once again has a golf course worthy of its stunning landscape. Many people have worked tirelessly over the past three years to transform Royal Bled into what will quickly become known as one of Europe’s finest golf destinations. Royal Bled is a course with a rich history, but now also an exciting future ahead of it. My thanks to everyone who was involved, and congratulations for what we have achieved together.”