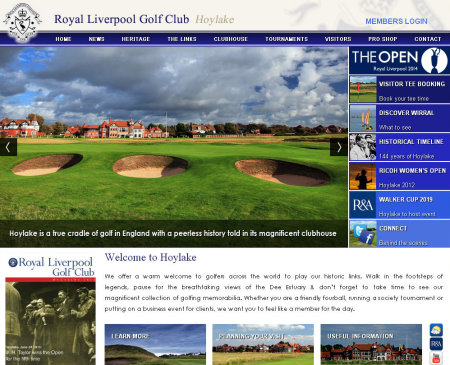 Royal Liverpool Golf Club, Hoylake has been named as the venue for the 2019 Walker Cup match.

The 47th biennial match between the amateurs of Great Britain and Ireland and the USA will be played in September 2019 at Royal Liverpool as the Club celebrates the 150th anniversary of its foundation.

Hoylake was the venue for a match between the USA and Great Britain in 1921 and the following year the first official Walker Cup match was played at the National Golf Links of America in Southampton, New York.

The prestigious team event was held at Hoylake in 1983 when the USA side, led by captain Jay Sigel, overcame Charlie Green’s GB&I team with a 13 ½ – 10 ½ victory.

The Open Championship will return to Hoylake for the 12th time next year. In 2012 the club hosted the Ricoh Women’s British Open and it is no stranger to top class amateur events having hosted The Amateur Championship on 18 occasions and the Curtis Cup in 1992.

Johnnie Cole-Hamilton, Executive Director – Championships, said, “The Walker Cup is one of the most historic and prestigious events in golf. We are delighted to be taking the match back to Royal Liverpool in its 150th year. Hoylake will provide an outstanding challenge for both teams. It is one of the finest tests of links golf to be found anywhere and has hosted many successful championships over the years.”

David Cromie, the Secretary of Royal Liverpool Golf Club, said,  “The members of Royal Liverpool are extremely proud of their rich heritage and the many memorable golfing moments that have been played out over the links at Hoylake.  It will be an honour and privilege to host the Walker Cup in 2019, an event that will be the pinnacle of the 150th celebrations at the Club.”

The Walker Cup match is contested between teams of ten players from GB&I and the USA. It is played over two days with 18 singles matches and eight foursomes matches. The current holders are GB&I after they defeated the USA 14-12 at Royal Aberdeen Golf Club in 2011. The USA leads the overall series 34-8-1. Many great players have taken part in the Walker Cup over the years including Jack Nicklaus, Tiger Woods and Phil Mickelson for the USA and Rory McIlroy, Luke Donald and Graeme McDowell for GB&I.