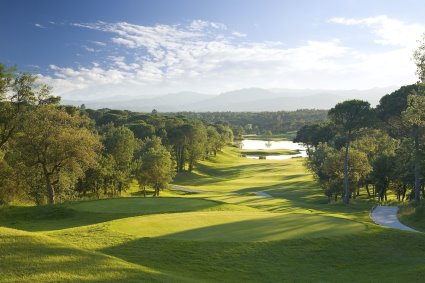 For the fourth successive season The European Tour Qualifying School will culminate in a visit to PGA Catalunya Resort near Girona, northern Spain, which will host the Final Stage from December 10-15, 2011.

The spectacular resort’s two world-class courses, the Tour and the Stadium, will again host the six-round event, which will see the top 30 and ties earn their playing privileges for The 2012 European Tour International Schedule.

Located between the Montseny and the nearbyPyreneesmountain ranges, the site was originally rocky terrain with steep ravines but the land was cleared through the pine, Spanish oak and olive trees to create two spectacular courses where generous fairways swoop from elevated tees.

One year after opening in June 1999 the Stadium Course, which has maintained its World Top 100 status following this month’s release of the influential Golf World rankings for 2011, hosted the Open de España.

Mike Stewart, European Tour Qualifying School Director, said: “Over the past three seasons, PGA Catalunya Resort has performed a superb job in hosting the Qualifying School Final Stage, and we’re delighted to be returning there in December. The Stadium and Tour courses are always presented in immaculate condition, and while the Final Stage can inevitably be a pressurised week for the players, they always enjoy competing over such magnificently-designed layouts.”

Miguel Girbes, Golf Manager at PGA Catalunya Resort, said: “It is an honour to be selected once again to host The European Tour Qualifying School Final Stage, and we are looking forward to welcoming Europe’s up-and-coming talent to our two highly-rated golf courses. We are constantly striving to produce world-class facilities, and expect our new 5,000 square metre approach play practice zone to be open, complete with three greens and five bunkers, each with different types of grass and sand to replicate the finest courses in the world. I am sure the players will appreciate both the courses and the first-class training facilities we offer.”

Competitors will again play the Stadium and Tour courses twice each over the first four days, with the Stadium Course being used by the remaining 70 and ties for the final two rounds.

The Qualifying School has produced a number of noteworthy winners in recent years, not least England’s Simon Khan who, six months after winning the Final Stage in 2009, captured the 2010 BMW PGA Championship title.