Project Pollinator was launched at Camberley Heath back in August when eight honey bee hives were installed in the out of play area near the 17th and 18th fairways. The idea came about when Course Manager, Nick Paris, was exploring ways to regenerate the heath land on the course one option he suggested was to increase the heather growth. Nick was aware that the British bee population is in decline and thought the course would be a great home for them. A member at the club put Nick in touch with the local bee keepers and the hives were installed a few weeks later. 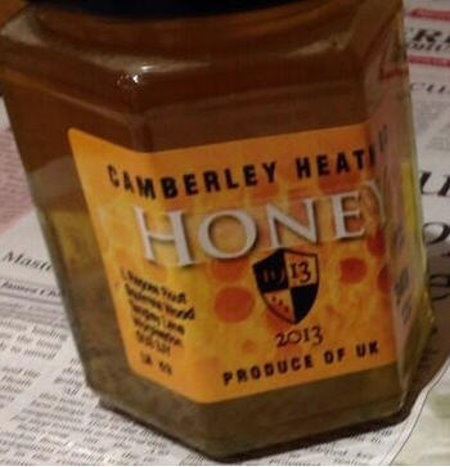 Nick is keen to restore the heath land ecology and character back to the original Harry Colt design of 1913, encouraging all Club members to take a great interest in the habitat of the course they play on. The introduction of bees was the perfect way to help with the pollination of heather; bees see in a spectrum of blues and ultraviolet. They were residents on the course for a total of eight weeks during the heather flowering season.

A bee awareness day was held in the club to educate members about the declining bee population as well as the benefit of giving the bees a home on the course. The production of Camberley Heath Honey created a great buzz (no pun intended!) around the Clubhouse; it was used in the Club’s kitchen producing food for the members as well as being sold by the jar behind the bar, selling out within a matter of days.

After such a successful year the bees will be returning to Camberley Heath next summer with further bee awareness days for members and the possibility of local school visits to learn about pollination. Watch this space for further details of the plans that Nick and his team to develop the course back to the original Harry Colt design.

Camberley Heath Golf Club, one of the finest courses in Surrey is a Harry Colt design classic. Set in 135 acres of heath land, framed by towering pines, the challenging 6,400 yard, par 71 golf course is a true test. Renowned for its mature fairways and subtle greens, the course still reminds faithful to Colt’s early vision.