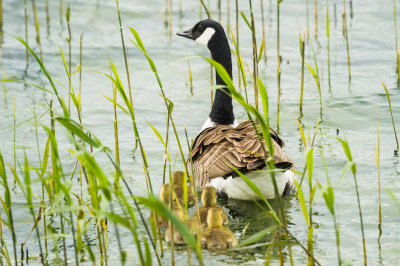 Set in 375 acres of picturesque countryside on the banks of the River Tees, Rockliffe Hall’s trio of lakes, accompanied by eight reed beds, attract a great range of water fowl; from coots and moorhens, to geese, swans and greater crested grebe.

Golf course manager Pete Newton – whose job it is to ensure water quality across the resort – says they’ve even spotted some rare breeds of late, including bearded tits and the allusive water rail.

“Bearded tits are classed as scheduled one protected birds and water rail are particularly rare. There aren’t a lot of them left, with about 1,100 pairs estimated in the UK. It’s generally very secretive and not often seen, so is fantastic to spot them at the edge of our waters and is a great testament to the quality of our lakes,” he says.

Since the four 3hp High Volume aerators have been installed in the main lake, which also feeds the golf course irrigation system, Peter says that, as well as benefitting British wildlife, the new additions have also impressed members.

“Previously the aerators were underwater and not visible. The new ones now create a fountain effect, while simultaneously working to purify the water beneath the surface.

“The water now has great movement and ripples, which is something that the members are pleased with, commenting on how nice it is to see a water feature on the course,” says Peter.

As well as a healthy members base, being home to the English Senior Open, Rockliffe Hall’s 18-hole golf course also sees some of the world’s best golfers visit. Mark James, Carl Mason, Steen Tinning and Barry Lane are just some of the names to have played at the championship course during the Open.

In addition to creating an aesthetic fit for a championship course, as one of Otterbine’s most powerful surface spray aerators, the High Volume is ideal for managing large water masses. And at 70,000 square metres in surface area and 130,000 cubic metres capacity, Pete says Rockliffe Hall’s main lake demands a powerful aeration system.

“With the sheer volume of water, we needed something hard-working,” says Pete. “If not, we get algae. The main lake has lots of alcoves where it tends to build up, which is not good for the irrigation system. It blocks up the nozzles, which means you don’t get a good distribution of water and it also gives off a bad smell.

“We wanted more water movement, which the new aerators have given us. We now have more gallons go through them per hour than the previous ones and there is no algae where we usually get it. When we go out on the lake in the rowing boat, the water is very clear – you can see right through to the bottom!”