To the south of Lake Maggiore, Castelconturbia Golf Course is a highly-rated 27-hole course covering more than a million square metres of gently undulating Italian countryside. Built up by Robert Trent Jones Senior and inaugurated in 1986, Castelconturbia Golf Course has ranked among the top ten courses in Europe since 1987, was rated the best course in Italy in 2003 and has twice hosted the Italian Open.

Severe drought in 2017 presented the course with a significant challenge. Castelconturbia Golf Course does have its own water source, but scorching temperatures resulted in low reservoir levels, and lakes and wells that failed to refill. 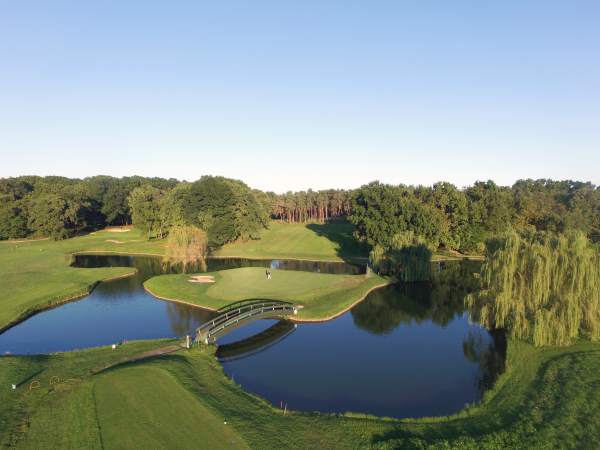 Adriano Notarianni is Rain Bird’s Golf Sales Manager for Italy & Malta and explains: “The motivating factor was having a more easily maintained system that would improve irrigation efficiency and provide robust defence against drought conditions. As part of the tender process, with combined input from irrigation consultant, the project was divided into three phases with a clear plan. The final handover is expected in late 2019, earlier than originally estimated.”

The club General Manager, Giovanni Malcotti comments: “Since course was built in 1986, our irrigation system has served us very well and in all that time we’ve only made one significant improvement in adding the double rank system. However, after 30 years the plant is showing signs of structural weakness which means turning the system off for repairs which is not effective and also affects the quality of the turf.

“For Castelconturbia which needs to maintain its highest standards, the quality golf experience is being put at risk by plant obsolescence. The second negative aspect which affected our motivation for investing in Rain Bird’s latest technology was economic. Stopping the system for maintenance means extra working hours and spare parts which weigh heavily on the club’s overall budget and continually disrupt planned schedules for staff working on the course.”

(Images of Castelconturbia by kind permission of the Golf Club)