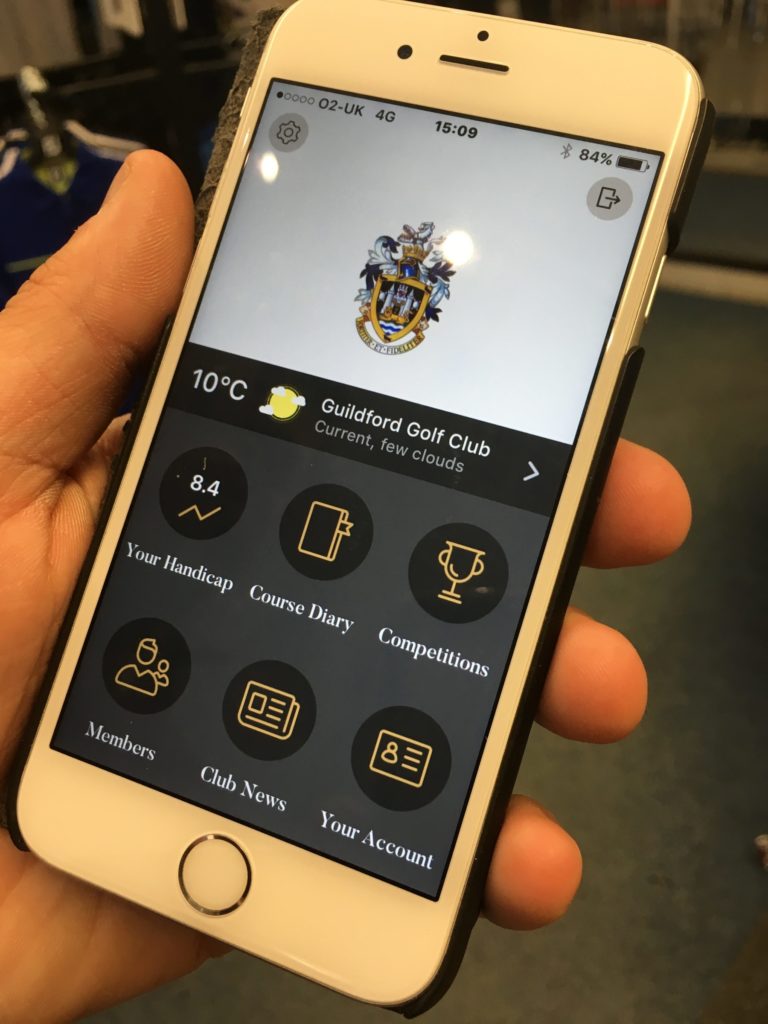 If anything proves how online the world we know has become, writes Charles de Haan, it’s when club managers watch their older members checking their iPads and smartphones to see what their bar balances are. Or when they send their members a text reminding them there’s one day left for the next round of the knock out to be played, they know all those members will read it.

Guildford Golf Club – guildfordgolfclub.co.uk – has been using MHS Group’s software since it was first available, and has recently upgraded to its latest admin, handicaps and competitions, and EPoS software.

But even though they’ve got a ClubView responsive website, it’s the club members’ new app that GM Andy Kirk waxes most lyrical about, as he explains: “It’s the best thing we’ve done at this club in the past few years. An app like this is putting historic and traditional golf clubs like Guildford right at the cutting edge of the online revolution.”

“We got it set up so that we could announce and launch it at the AGM last October, and the feedback’s been amazingly positive. All ages, they really love using it and it’s proving a fantastic enhancement of our membership services.”

Kirk continues: “We originally pitched it as a replacement for the club diary which was costing us £2,500, whereas the app was £800 a year and far more efficient as an interactive tool for so many more things besides seeing which day an event was, or what someone’s number was.”

“We used to get loads of time consuming requests all week long for handicap certificates, but now our members simply show their certificates on their smartphones wherever it is they’re playing away. That alone has been a massive selling point for the app. And back in the office, we’ve got all that time back to do all the other things that we should be focusing on!”

He comments: “They can check what’s on their bar cards anytime, anyplace, although it’s usually before they leave home to come here. That feature has also saved us huge amounts of time, as we used to get a lot of members coming in wanting to know why their balance was less than they’d thought. Sorting that out always used to mean stopping whatever we were doing, opening their card accounts and going through each purchase until they could see it was something they’d overlooked, like a social event booking.”

Kirk summarises: “There’s scope for this app to do all sorts of other things, but right now it does pretty well all we want. I couldn’t recommend MHS Group’s club members’ app highly enough. It’s the future, now.’