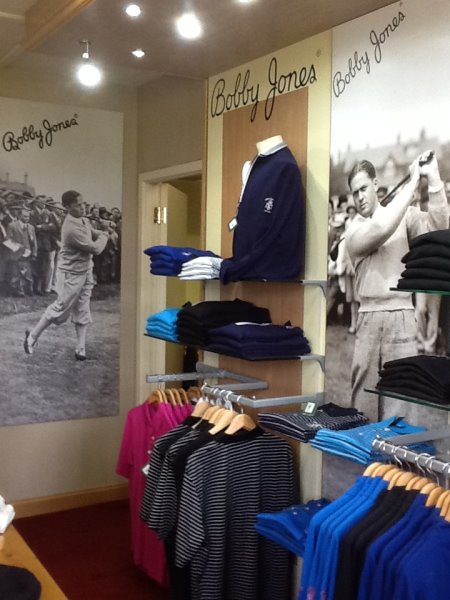 Jones Global Sports, the owners of the heritage golf brand Bobby Jones, is pleased to announce the opening of The Royal Liverpool Golf Club’s Bobby Jones ‘Shop in Shop’.  An apt addition to the concept that the business is rolling out worldwide given that this prestigious golf club was the host venue for The Open that Jones won as part of his historic 1930 Grand Slam.

The dedicated shop area has been outfitted with specially commissioned furniture, pictures of Bobby Jones from the 1930 Grand Slam and a bespoke ‘Greatest of them All’ PoS designed to commemorated the brand’s 25th Anniversary.

In addition to the Bobby Jones branding, a range of crested Royal Liverpool Bobby Jones garments are available to purchase; the perfect memento of the 143rd Open Championship.

Rebecca Hutchinson’s genuine love of the game and how she uses her passion for golf to help others has earned her England Golf's ‘Hero’s Handshake’ award for November.

A pair of course managers who have spent their entire careers working at the same golf clubs have achieved the highest accolade available to UK greenkeepers.

Germany’s largest Capillary Bunkers installation so far has just been completed at the Marienburger Golf Club in Cologne by architect Christian Althaus and contractor Sommerfeld.