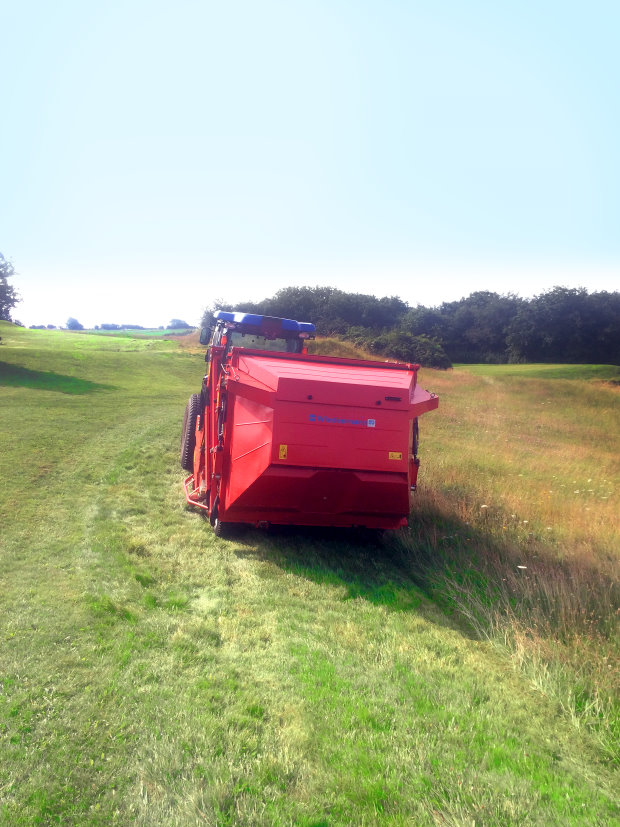 Using a Wiedenmann Super 600, a three-in-one flail mower, collector and scarifier and a Wiedenmann 1.7m trailed Terra Rake in tandem, the Pyecombe greenkeepers targeted two long strips of rough about 4 metre wide on each side of their semi.

Firstly, the Super 600 topped about 10 cm off the rough cutting and collecting in one pass.  Next the Terra Rake moved at speed across the area its very aggressive fine scarifying tines deliberately ripping and shredding the base of the rough. Finally a further cut and collect by the Super 600 finished off the process leaving a much thinned down surface half the height of other areas. 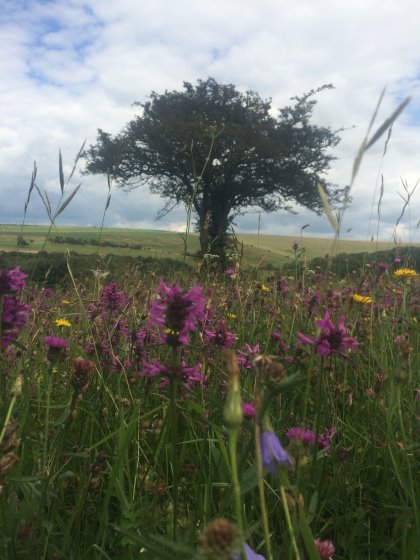 “The Wiedenmann kit was brilliant for the task,” said Course Manager, Simon Wells. “In the past with other machines if we had travelled 50 metres we’d have needed to stop to empty the collector and take the cuttings away but the Super 600 could go five or six times the distance with the arisings tightly layered and packed. The 4500m³ tank meant we got the job done so much quicker as we saved time going back and forth. It is unusual we have had to cut our managed rough in July, but it has been such a strong growing season.

“Many of our fairways are on a slope, as we are a Downland course, and balls were getting lost by just rolling into the edges of the rough. Play was slowing down, especially for the higher handicap golfer, so it was decided to identify the problem areas and cut and collect the rough, rake out the base and cut again. It is important to cut and collect the rough so as to not allow the nutrients from the grass plants to be recycled thus encouraging wild flowers over the coarse grasses within the sward. This type of management normally helps control the growth of grasses enough to last through until the end of September when it is again cut and bailed by the local farmer.”

Further to this, traditionally in March, weather-permitting, Simon Wells and his team of four scarify and collect their extensive rough areas to open up the ground to expose the previous year’s significant populations of natural wildflower seed.

“Each year the wild meadow rough areas of play become more diverse as the management programme promotes more and more species to start to thrive. These areas are so different in their makeup compared to 5 years ago”

In their citation from the STRI, Pyecombe was commended for a long list of initiatives among them for its native bluebells and wild orchids including early purple, pyramidal, common spotted and bee orchid. The wild flower meadows attract pollinating insects including bees and the club has over a dozen beehives providing a constant supply of Pyecombe Honey. Fauna, too, includes badgers, deer, stoats, buzzards and kestrels.