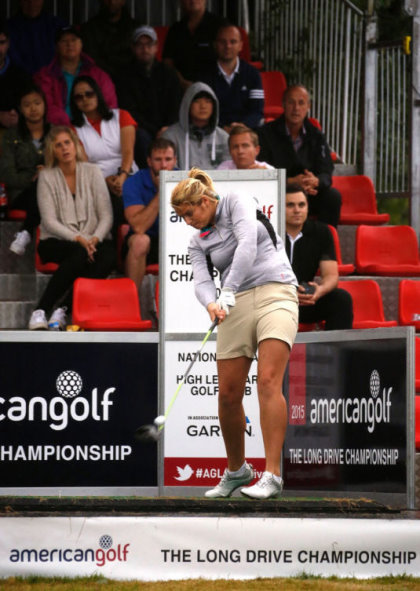 Long Drive Championship. Golf Channel will provide editorial coverage of the event where the winners of the Open, Over 45s and Ladies events will go on to represent American Golf and Garmin at the World Long Drive Championship at WinStar World Casino and Resort from 6th – 12th October 2016.

Daniel Gathercole, Director of Marketing & Communications at American Golf, is proud to be working alongside the World Long Drive Championships and Golf Channel as he explains, “This endorsement brings us real credibility and confirms our commitment to growing the game. As well as attracting the very best long drivers in the UK, we’re also seeing competition from golfers who are entirely new to the sport, which is incredible. We can’t wait to meet our Finalists in August and look forward to working closely with Golf Channel.”

“American Golf has done a fantastic job of attracting thousands of golfers to its long drive championships, so we are thrilled to make them our official UK partner.  Long Drive is an exciting, fun sport and with American Golf’s involvement we hope to bring it to even more people in the UK over the next few years,” comments Bart Kendall, VP Live Events at Golf Channel.

The qualifying rounds of the American Golf Long Drive Championships in association with Garmin took place in store in early April.  Regional Finals are currently underway across the UK & Ireland, with the 10 best long drivers in each category being invited to the Grand Final at High Legh Golf Club on Friday 19th August. Last year’s winners Rebecca McGinley, who was placed third in the Worlds, Dan Konyk and Steve Kent will all be there to defend their titles.

Arccos has launched a new app for Apple Watch which allows Arccos Caddie players to record all of their shot data and access the game’s first Artificial Intelligence-driven rangefinder without having to carry a smartphone in play.