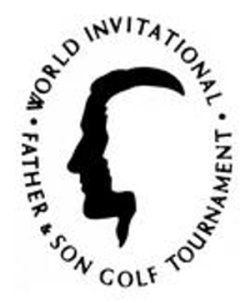 The 26th World Invitational Father & Son Golf Tournament has received a record entry of over 100 entries from 12 countries. The 2015 event, which is being held in Waterville, Co. Kerry, Ireland, from 5th to 9th August, is promoted by Carr Golf a leading international golf business owned by the Carr family.

Oakley, Redbreast Irish Whiskey and Oscar Jacobson have confirmed their partnership with this internationally acclaimed event, now in its 26th year.

Oakley have been a partner of the event for the past three years. The Father Son event is an ideal fit for its brand. Redbreast, one of the leading Irish Whiskeys, continues its association for a second year. The 10th hole at Waterville is called Redbreast as Waterville’s founder John A. Mulcahy was a previous owner of the Redbreast brand. Oscar Jacobson joins the event as the third main sponsor. Other partners include VPAR and Sky-Caddie.

“Carr Golf are once again designating Focus Ireland as the adopted charity for the event. They are a fantastic organisation, dedicated to supporting families.  Focus Ireland believes that everyone has a right to a place they can call home. We are delighted that the success of this event is able to highlight the great work that Focus do and that it enables us to support them again this year,” Marty Carr, CEO of Carr Golf, the tournament organiser said at the announcement.

The 26th World Invitational Father & Son is being televised on Golfing World this year, having previously been featured on CNN, Golf Channel, TV3 and Setanta. This 30 minute feature will air on Sky Sports, Golf Channel and in 27 other countries around the world. Golf Channel host Matt Ginella will also report daily from Waterville, as he is participating for a 3rd consecutive year.