U-14 Junior Membership Now Free At All Crown Golf Clubs 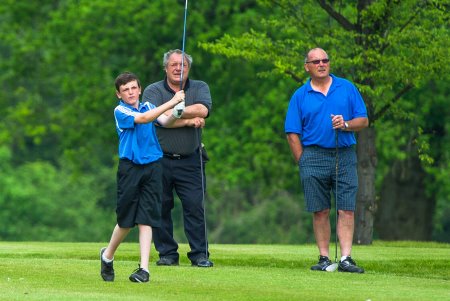 Crown Golf, the UK’s largest golf group, has dropped membership fees for golfers aged 13 and under with immediate effect at all 25 of its clubs.

The new policy grants a free Junior Membership to under-14s who have at least one parent, grandparent or guardian who is a 7-Day or 5-Day member at the golf club.

The offer – named Juniors Go Free – also extends to members who have joined Crown Golf’s new Freedom Play flexible membership, which is available at 18 of the group’s properties.

The move is expected to quadruple the number of junior golfers across the group. Hundreds of existing junior members will receive an instant benefit, their fees being reduced to nil when they renew their membership this year.

“We are serious about playing our part in safeguarding the future of the sport” said Crown Golf Chief Executive Officer Stephen Lewis, “and Juniors Go Free is the strongest possible statement we can make.

“Juniors Go Free means that many existing members will now enrol their children at the club for the first time” he continued. “Far more families will get fully involved at a Crown Golf club in 2014: we’re sending a clear message out, that golf is not just for the parents.

“It is also key that our new Freedom Play members can access this scheme. We believe that flexible membership should mirror full membership as closely possible, as regards its fringe benefits.”

Mill Green and Chesfield Downs, two of the group’s clubs in Hertfordshire, both have over thirty under-14s who will immediately benefit from free membership. “This is fantastic news for dozens of families at our golf club” said Shaun Bakker, Mill Green GC’s General Manager. “We already have a strong junior section, and this will take junior golf at Mill Green to another level in 2014.”

At Chesfield Downs, which like Mill Green has a 9-hole par 3 course on which youngsters can hone their game, General Manager Tim Hudson is equally positive. “We and St Mellion already have the largest under-14 junior memberships in the Crown Golf group, but we expect Juniors Go Free to trigger an instant influx of new junior members in 2014.

“This makes the club attractive to families who want to be welcomed rather than discouraged, which is a common complaint about British golf clubs from non-golfers.”

Crown Golf members can each enrol up to two children or grandchildren aged 13 or under, in the scheme.  Juniors who join under the scheme must play with an adult, when they play on the club’s full-length golf course.

“We will also be introducing further family-friendly initiatives in 2014” said Stephen Lewis, “as this year we want to encourage family membership as much as possible, across the group.”