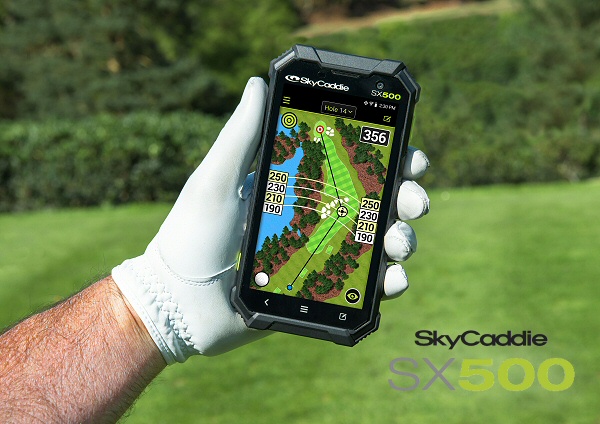 SkyCaddie’s ground-mapped GPS data was used by the event’s Tournament Directors to set the pins and to create pin sheets for competitors to use, in the absence of the normal Tour yardage charts.

All three MCB Tour Championship events will use SkyCaddie data in this way, after SkyCaddie’s chief mapper in the EMEA region, Steve Winstone, flew out to survey each of the golf courses in preparation for the three-event ‘swing’ which forms the climax to The Staysure Tour’s season.

Other notable golfers in the field also using SkyCaddie SX500 for their yardages included the current number two on this year’s Order Of Merit, David Shacklady (Ormskirk GC), and 2018’s Rookie Of The Year Paul Streeter (Lincoln Golf Centre).

“We are proud that so many top-class touring pros now choose SkyCaddie for their yardages” said SkyCaddie’s James Holmes. “The new SX500 and SX400 give you so much detail of the hole ahead, they give you a clear advantage and yet are perfectly within the laws of the game.

“We are also proud that The Staysure Tour is using our ground-mapped data to set the pins at the MCB Tour Championship events” he said. “This can only happen because we walk every golf course, mapping on foot as we go. No other rangefinder company can compete with this level of accuracy and detail.”

Shacklady and Lane are both chasing Welshman Philip Price, who sits atop the Order Of Merit after a consistent season with 10 Top Tens in his 15 events played.