In a week in which Titleist celebrated its historic run as the most trusted ball at the U.S. Open for 70 consecutive years, the Pro V1 family did not disappoint. Successfully defending his Major title, the champion once again relied upon the exceptional distance, control and consistency of the Titleist Pro V1x to dominate at Shinnecock Hills. Joining the champion in his choice of golf ball were 68% of the field – more than five times the nearest competitor – including four of the top five finishers, extending the overwhelming dominance of Titleist golf balls at Major Championships. 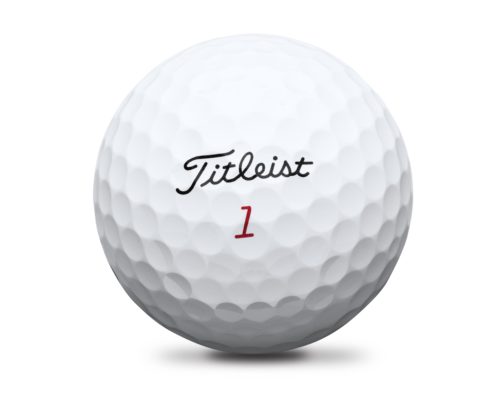 With a set of Vokey Design SM7 wedges in his bag (52.12F, 56.10S and 60.08M) as well as a Scotty Cameron Newport 2 SLT T10 putter, the champion became the first player since 1988-89 (and seventh in history) to win back-to-back U.S. Open Championships, edging Titleist golf ball loyalist Tommy Fleetwood (Pro V1x) by one shot.

Adding to the record books on Sunday, Fleetwood matched the lowest score in U.S. Open history with a stunning 63. He is the sixth player to shoot 63 at a U.S. Open, joining Titleist Brand Ambassador Justin Thomas, who accomplished the feat last year at Erin Hills. Impressively, Fleetwood is just the second player to produce this result in a final round, 45 years to the day later.

To commemorate the brand’s own record feat of being the most played ball at the tournament for the 70th straight year, both Andrew “Beef” Johnston (Pro V1) and Zach Johnson (Pro V1x) competed with a number 70 play number golf ball – available now to consumers in Limited Edition dozen packaging.

Continuing its supremacy as the brand of choice in a number of equipment categories on the PGA Tour, Titleist was also the #1 choice in hybrids, irons, and wedges.

Impressively, in the week Titleist’s new TS2 and TS3 prototype drivers were placed on the USGA’s Conforming Driver List, 17 of the 35 Titleist drivers (2nd in category count) in play, were either of the new TS2 or TS3 models. Seven players carried the new TS2, including Ben An (9.5) and Bill Haas (9.5) whilst ten players trusted the new TS3, including Justin Thomas (9.5), Rafa Cabrera Bello (9.5), Jimmy Walker (8.5), and one amateur (10.5), proving Titleist is the choice for golfers at every level of the game.