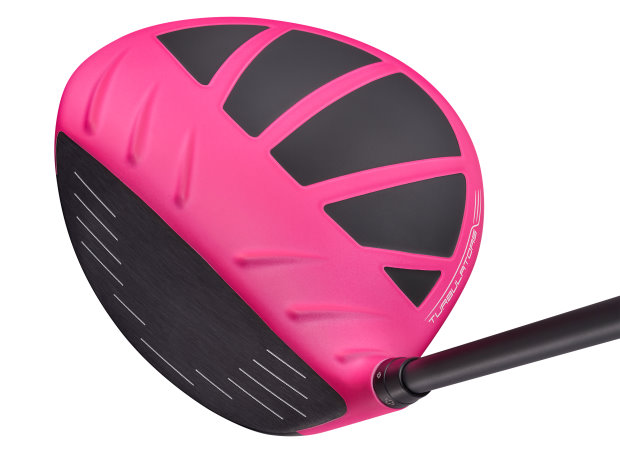 PING will sell 6,000 limited-edition pink PING G™ drivers, similar to the one used by Bubba Watson, and donate $60 to the Bubba Watson Foundation for every pink driver sold. It marks the third time in four years that the company has partnered with Watson on the fundraiser, which will now surpass $1 million in donations since its beginning in 2012.

The pink G drivers are available for pre-order today through authorised PING retailers around the world. The driver also comes with Bubba’s “caricature” head cover. The RRP for the driver and head cover is £500.

“Bubba’s a creative thinker and his decision to distinguish himself by using a pink driver and shaft helped make this programme possible,” said John A. Solheim, PING Chairman & CEO. “I first met him as a teenager and he’s been on our staff since turning professional in 2003. He has a huge heart and continues to use his success in golf to help people in need, especially children. We’re blessed with the opportunity to partner with Bubba and are very grateful to golfers who choose to support this programme for the benefit of the Bubba Watson Foundation.”

Widely recognised as the longest driver on tour, Watson has used a pink PING driver since 2012, the year he won his first of two Masters. Following that win, PING introduced a similar programme with its pink G20 driver. Those funds were donated to the Phoenix Children’s Hospital and used to help build the Bubba Watson-PING Motion Analysis Lab, which uses advanced assessment tools to evaluate and treat children and adolescents who have movement disorders or walking difficulties. Proceeds from the pink G30 limited-edition model in 2015 were donated to the Pensacola, Florida, children’s hospital, Sacred Heart, where Bubba was born, along with other children’s charities in the Pensacola area.

“PING and the Solheim family are incredibly generous in giving back to the game through ideas like the limited-edition pink-driver programme,” Watson said. “I’m very grateful for all of their support, on and off the golf course. The response from the first two driver programmes was amazing, so I’m excited to continue this tradition for the third time. We’ve been able to do a lot of great things together that truly help improve the lives of the less fortunate and those in need.”

The limited-edition drivers will have a bright pink shaft and clubhead featuring the same technology as the highly acclaimed standard G driver, including Dragonfly Technology on the crown finished in dark grey to create a contrasting, eye-popping appearance. The pink G drivers are offered in 9º and 10.5º lofts (adjustable up to +- 1º) for right-handed players; 10.5º (adjustable up to +- 1º) for left-handed players. It is available in R and S flexes.

After previously suffering with the side effects of excessive thatch content, the course manager at Gillingham Golf Club in Kent has praised a programme from Headland Amenity for its role in transforming the health and presentation of the greens.