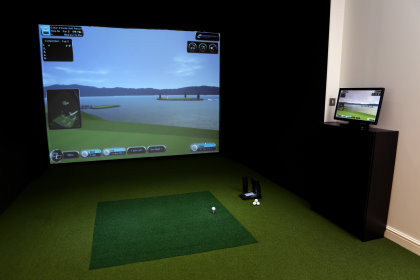 Foresight Sports technology has been chosen by PING to drive its simulator in the world-renowned club manufacturer’s exhibition booth, at the Solheim Cup later this month.

Visitors to the 300m2 booth, in the tented village at St Leon-Rot Golf Club, in Germany, will be able to experience PING clubs and fitting technology and see virtual flight on the simulator, which can also be viewed by other visitors. The booth will also have a large putting green where PING will be showcasing its i-ping putter-fitting technology.

Dave Fanning, PING’s European Marketing Director, explained: “As the founding partner of the Solheim Cup it’s important that we can showcase our products and create a buzz with the consumers. It also allows us to showcase the N-flight fitting software that will be powered by Foresight Sports technology.”

Ed Doling, Foresight Sports Europe’s sales director, added: “PING and the Solheim Cup are inextricably linked because they were both founded by Karsten Solheim and we are delighted that we are able to be working with them in this way. Foresight technology is ideal for simulators because it reads data accurately and reliably and thus provides a wholly realistic experience.”

Foresight’s technology images the exact movement of the dimple patterns on the golf ball at launch using ultra-high-speed cameras, to ensure pure, reliable data for every club, every shot, every player and every swing.