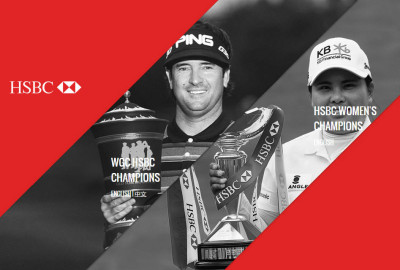 HSBC has renewed its agreement as a Patron of The Open and will continue as the Official Banking Partner of the Championship.

The new five-year agreement was announced at the 144th  Open at St Andrews, which is being played this week from 16-19 July.

Peter Dawson, Chief Executive of The R&A, said, “We are delighted that HSBC has renewed its agreement and will continue as a Patron of The Open. HSBC is a valued partner for the Championship and we very much appreciate their continuing commitment. In addition to their support for The Open, HSBC has made an outstanding contribution to the development of golf around the world.”

Giles Morgan, Global Head of Sponsorship and Events at HSBC, said, “Our commitment to golf globally stretches back to 2003, and right at the heart of this is our partnership with The R&A. We have sponsored over 40 professional golf tournaments around the world and The Open creates a centre of gravity for this portfolio at every level, from grassroots to elite. Today represents a landmark moment for HSBC and we look forward to continuing our successful partnership with The R&A and the world’s oldest championship.”

HSBC became a Patron of The Open in 2010 and is actively involved in a wide range of golf initiatives around the world. The WGC-HSBC Champions event in Shanghai and the HSBC Women’s Champions in Singapore are flagship professional Tour events.

The bank is also an active supporter of youth development and grassroots programmes such as the HSBC Junior Golf Programme in China, which is a major initiative designed to nurture the next generation of golfers in that country. A similar programme is run in Hong Kong. In the UK, HSBC works with the Golf Foundation on the HSBC Golf Roots programme promoting golf in schools, helping youngsters into clubs and developing life skills.