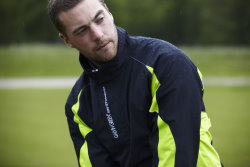 Galvin Green, market leader in high-performance rainwear for golfers, has been voted as ‘Best Waterproof Brand’ by readers of the UK’s top-selling golf magazine for the third year in a row.

The brand, which incorporates the consistent GORE-TEX® fabric in its entire range of waterproof jackets and trousers, gained a massive 44% share of reader’s votes for the 2010 Today’s Golfer awards in a competitive category that included rivals such as ProQuip, Sunderland and Nike. This follows a similar voting pattern in 2008 and 2009.

“There’s no doubting the quality of Galvin Green apparel and their extensive waterproof range is simply sensational,” reported senior equipment editor, Jon Greathead. “It (Galvin Green suit) will last you for five years, maybe more, and in that time you will be incredibly dry and have no restrictions on your swing.”

Commenting on the hat-trick of awards, Mike Johnson Hill, Managing Director of Galvin Green UK, said: “Gaining a third award in succession highlights just how popular Galvin Green waterproof suits have become among serious golfers. It’s yet another major achievement for the brand and we would like to thank all the readers of Today’s Golfer magazine who voted for Galvin Green once again.”