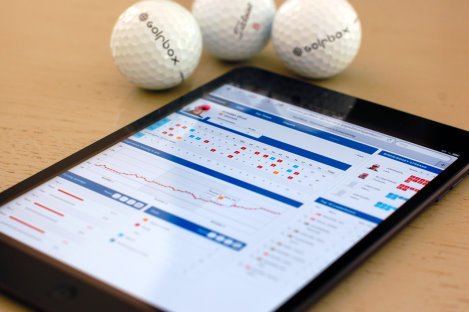 The Danish software company GolfBox A/S is after two and half years of development ready with their new tournament software for the more than 900 golf clubs that use the company’s software. The new software is the result of thousands of working hours and test on several professional tours.

“We decided to reinvest in ourselves and therefore the new tournament software is a free update, meaning it will not cost our existing customers anything,” says GolfBox CEO Christian Faergemann.

“If we, as a software company, doesn’t continuously reinvest, we can’t keep up with the development in technology, and we have to, in order to fulfill our goal as being market leader in our field,” Christian Færgemann adds.

GolfBox A/S celebrated its tenth anniversary in 2013, and has since the beginning experienced a stabile organic growth, and has continually been awarded several official awards, like “Gazelle Company” by Danish business newspaper Børsen, for double the turnover in a four-year period.

“For years we have seen great interest in our tournament software, and last year, after signing an agreement with The R&A, the interest has increased significantly. Therefore we expect that the new tournament software will contribute to substantial growth in the coming years,” explains Christian Faergemann.

GolfBox A/S does not only supply tournament software, but also software for club administration, and is one of the largest golf club software providers in Northern Europe. Besides their customer base with more than 900 clubs, GolfBox also supply software for many golf associations, here among Denmark, Sweden, Norway, Finland, Scotland and Wales. The tournament software from GolfBox is also used for amateur Championships organized by The R&A and The European Golf Association.

In 2013 GolfBox software was used for more than 33.000 tournaments all over the world, and handled more than 10 million golf rounds booked through their software.