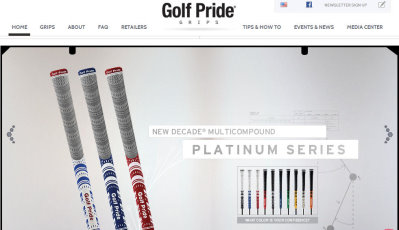 Power management company Eaton states that its Golf Pride Grips Division was far and away the leading grip brand chosen by players at the 2014 U.S. Open, played at Pinehurst No. 2 just a few miles from Golf Pride’s world headquarters. In fact, 129 of the 156 (83%) players competing in the game’s most demanding major, trusted their games to Golf Pride grips.

“The U.S. Open is widely acknowledged as the game’s most complete test of one’s game, so the fact that the best players in the world chose to play our grips without being paid to do so is the ultimate performance validation,” said Brandon Sowell, global sales and marketing director for Golf Pride.  “When the pressure is on and every shot counts, you need the feel of confidence in your hands, which is why the best players in the world continue to trust their games to Golf Pride.”