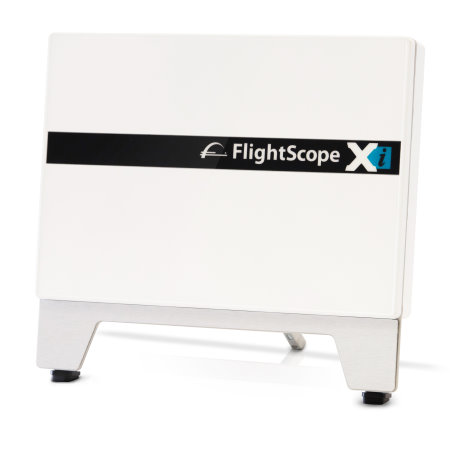 , a world leader in the development and manufacturing of 3D Doppler ball tracking monitors, announces that its first consumer product, the Xi, was named a Gold Stevie® Award Winner in the New Product of the Year – Consumer Products category at the 12th Annual American Business Awards.

The American Business Awards are the nation’s premier business awards program. All organizations operating in the U.S.A. are eligible to submit nominations – public and private, for-profit and non-profit, large and small.

Nicknamed the ‘Stevies’ for the Greek word for “crowned,” the awards were presented to winners during a gala banquet on Friday, September 12 at the Palace Hotel in San Francisco. More than 250 nominees and their guests attended for the presentation of new product awards, website awards, app awards, and more

“It is an honor to stand alongside such a successful, distinguished group of companies, and to have the Xi recognized as a GoldStevie Award winner,” said FlightScope CEO Henri Johnson. “It’s easy to see the passion and commitment that has contributed to all of our success. I would like to congratulate all of the Finalists, and wish them nothing but the best.”

Stevie Award winners were selected by more than 240 executives worldwide who participated in the judging process this year.

“We’re delighted to recognize so many innovative companies, new products, technical achievements, and technology executives this year,” said Michael Gallagher, president and founder of the Stevie Awards. “We congratulate all of the Stevie Award winners, and thank them for the inspiration their achievements have stimulated.”

EDH, maker of FlightScope, is a product development company founded in 1989 by Henri Johnson, inventor and electronic engineer. EDH develops products for the defense and sports markets, and has, as its core expertise, the design and development of 3D tracking radar systems.

FlightScope was first demonstrated in Ponte Vedra Beach, Fla., in 2001, and was introduced at the 2004 PGA Merchandise Show. In addition to its use at high-profile teaching academies and by club fitters worldwide, Tour professionals and avid golfers devoted to game improvement use FlightScope for personal practice. FlightScope is also known for its ease of use as well as the precision and accuracy of its technology. FlightScope employs phased array and ballistic tracking technology to accurately record ball trajectory and actual launch data.