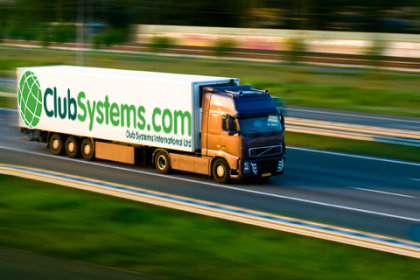 The launch of the revolutionary Golfingindex and digital ‘Signinbook’, from Club Systems International, has precipitated a change in timing – and format – for the company’s popular and informative annual ‘roadshow’.

Previously the roadshow took place early in the calendar year, but now it will be visiting golf clubs across the length and breadth of the British Isles in October and November this year, and annually thereafter.

CSI’s customer relationship manager, Darren Wood, explained: “There have been a number of significant product launches and developments from CSI already this year and, given that we were already discussing a change in format for the roadshows, we also decided we would affect a change in the timing.

“Yes, it does mean there will be two series of roadshows in 2015, but there is plenty to talk about and to interact with. And interactivity is key to the roadshow moving forward. We are moving away from the more formal theatre-style presentations we have utilised previously and going to an exhibition-style experience, with more workshops, user groups and open discussions.

“We hope people will feel more able to contribute in this way where they can actually be hands-on with the products when they are learning and feeding back their views. Clearly, Golfingindex and digital Signinbook are going to be big topics of discussion, but all our core products will be on display and attendees can also experience all the updates to those, including new features added to our hosted management system, ClubV1. With more than 500 clubs now live, ClubV1 is the most popular cloud-based administration system in the UK and Ireland.”

The series of roadshows has been designed to update club managers, secretaries and owners on new products and updates to the CSI product range and, each year, hundreds have attended to learn about the simplicity and far-reaching benefits of everything from the latest cloud-based ClubV1 administration system, through the MerlinTouch EPoS and PSiBoard.

And Wood believes it is the ease of integrating the Signinbook – and the extensive data capture possibilities therein – with existing technology which will be the main talking point when the roadshow begins in October.

He added: “The contactless technology integrates seamlessly with things like the PSI tills and effectively ‘future-proofs’ the hardware – and, when taken with the extensive marketing possibilities Signinbook offers, I think club officials will be excited to see just what is now available to them.”

The new autumn CSI roadshow series will begin at North Downs GC, Surrey, on 6 October and finish at Woodbrook GC, in Ireland, on 26 November.