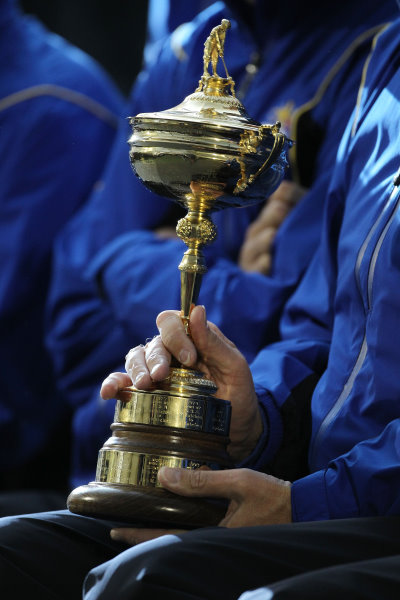 The European Ryder Cup Captain, from the 2016 contest onwards, will be decided by a select five-man panel; it has been announced by Ryder Cup Europe.

The 15-strong Tournament Committee of The European Tour – led by Chairman Thomas Björn – decided upon the change at their last committee meeting, held during the Aberdeen Asset Management Scottish Open at Castle Stuart, a decision which has since been ratified by the Board of Ryder Cup Europe.

It means the change will come into effect for the identification of the successor to the current captain, Paul McGinley, for The 2016 Ryder Cup at Hazeltine National in Chaska, Minnesota.

The composition of the five man panel will be as follows: the three previous Ryder Cup Captains – for the 2016 selection that means McGinley himself, José María Olazábal and Colin Montgomerie – the Chief Executive of The European Tour, and one representative from the Tournament Committee, to be nominated beforehand by the committee itself.

It also means that the timing and venue of the announcement for the 2016 Captain will be determined by Ryder Cup Europe and announced in the early part of 2015.

Europe’s RyderCup DirectorRichardHills said: “This decision has come after a series of Tournament Committee meetings and, after much reflection, it was felt that this change would see the most suitable candidate being invited to follow on from Paul McGinley at Hazeltine.

“The job of Ryder Cup Captain is an ever expanding and ever demanding role, and I think this decision perfectly focuses the three vital ingredients required in any selection process.

“These are: the immediate experience of the three past Captains which brings six years of vital knowledge to the table; the office of the Chief Executive of The European Tour, which outlines the wide-ranging political and practical requirements; and the Tournament Committee representative who will, having canvassed his colleagues on Tour, bring the feelings and wishes of the players to the discussion.”

Sandy Jones, Chief Executive of the Professional Golfers’ Association, said: “With the expertise of three Ryder Cup Captains, as well as representation from The European Tour’s Tournament Committee and Chief Executive, we believe the new process to select Europe’s Captain is the best way forward.

“The Ryder Cup continues to grow and evolve, and we hope this new process will enable the European Team to continue the success they have enjoyed in recent years.”

This will be the third process used to select The Ryder Cup Captain since players from Continental Europe joined the fold for the 1979 contest, under the captaincy of John Jacobs, at The Greenbrier in West Viriginia.