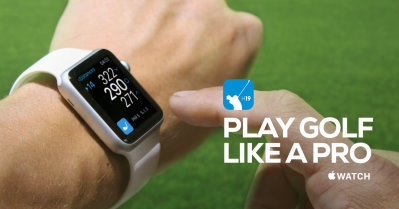 There is a tech boom happening in golf. That’s the message today from golfing app, Hole19, which is reporting record growth in consumer downloads over the last three months.

With origins steeped in history and tradition, the game of golf has previously been accused of being slow on the uptake when it comes to embracing technology. However, while professionals are strictly forbidden to use it on course, the adoption of technology at the grassroots end of the market is spreading like wildfire.

Nowhere is this more prevalent than in the tracking and performance area. Despite only launching in April 2014, Hole19 has seen massive growth and now boasts two million rounds played using the tracking tool. Half of these rounds have come in the last three months. The app, which assists players on the golf course with GPS distances, hole map imagery, stat tracking, and more, has now amassed over 600,000 users around the world.

Part of its growth can be attributed to the fact that Hole19 was one of the first apps available for Apple Watch. Of its users base, over 10,000 are Apple Watch users. Hole19 for Apple Watch allows golfers to quickly reference distances to the front, centre, and back of the green, and allows them to easily track their score and stats without having to take out their iPhone.

Commenting on the growth of its usage and adoption of technology in the industry, Anthony Douglas, founder and CEO, Hole19 said, “The rate at which we’ve grown tells a story: golfers are tech-savvy, golfers appreciate good design, and golfers are eager to improve their game. The Apple Watch is great for golf because it meets these needs while fitting seamlessly into the flow of a round of golf. The Apple Watch is a big win the golf industry, and as is the beauty of technology broadly, it only gets better from here.”

Based out of the up and coming tech hub of Lisbon, Portugal, Hole19 is currently in the process of raising Series A funding as it seeks to continue its upwards trajectory of growth. Douglas continued, “This is just the tip of the iceberg in terms of what technology can bring to the $76B golf industry. Hole19 is enhancing the on-course golf experience and helping golfers improve. There continues to be huge potential for golfers, courses, coaches, brands and retailers to tap into a wealth of valuable data. That’s what gets us excited and that’s what we’re working on.”

Hole19 has now mapped in-house over 36,000 courses, which represents more than 95% of golf courses worldwide. It has users & courses in over 154 countries with the largest number of users coming from; USA, UK, Germany, Canada and Sweden.

Hole19 is a free to download app and is available on iOS, Android, Apple Watch and Android Wear.