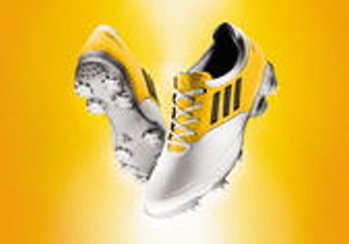 adidas Golf, an industry leader in innovative, technologically-advanced performance footwear, has announced record-breaking footwear sales for the first part of 2013 with February marking the highest sales period for the global golf brand since it was formed back in 1999.

Despite the beginning months of 2013 seeing a delay in golf course openings due to longer winter conditions around the world, the United Kingdom, United States and Japan all reported significant gains in both dollar and market share numbers.

“We’ve had some amazing success stories so far this year and we’re not even in the peak of our season yet,” says Ben Sharpe, Executive Vice President of adidas Golf. “Behind the launch of the incredibly-light adizero in January, we’ve been able create excitement in the marketplace before many golfers can get out and actually play due to weather. The positive results are proof of our constant innovation and we plan to keep this momentum going throughout the year.”

Early strong sales can be attributed to the new adizero line, which launched at the end of January 2013.

Five golf industry specialists have combined their extensive knowledge and expertise to set up a new golf club consultancy in the UK.