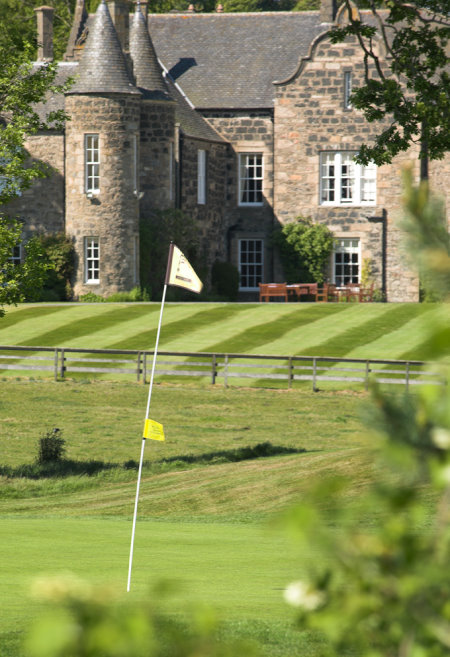 One of Scotland’s most celebrated country house hotels has confirmed its attendance at this year’s International Golf Travel Market which is being held from 12-15 November in the Algarve.

Meldrum House Country Hotel, which was named Scotland’s best country house hotel by leading tourism trade body Golf TourismScotland at its Gold Standard Awards last year, will have a presence on VisitScotland’s stand (530) throughout the week.

The announcement follows an extraordinary year for the hotel during which it was awarded four-star gold status by VisitScotland; an honour reserved for accommodation providers that excel in customer care, hospitality and staff development. Meldrum House also hosted The Northern Open for the third consecutive year and received a hat-trick of accolades at the Scottish hotels awards. Indeed with the official opening of the near-by Trump International Golf Links this summer, 2012 has been a year to remember for the award-winning hotel.

“It has been an incredible 12 months,” admitted the hotel’s head of operations and development Andy Burgess. “It started last November with the GTS award which was quickly followed by our four-star gold status from VisitScotland. Add to that the increased attention Donald Trump’s new course has brought to the area and confirmation that the Scottish Open will come toAberdeenin 2014, and you can see the north-east ofScotlandis booming. We certainly hope to finish it in style at IGTM, which should be a fantastic show.”

In recent years, Meldrum House has completed an ambitious expansion plan that included a £2.5 million redevelopment of a wing of contemporary rooms, the opening of a multi-purpose conference facility and the establishment of a state-of-the-art green-keeping centre. The 18-hole, 7,010-yard championship course has also seen changes with further improvements being made to playing surfaces and conditioning. The most recent work has included rebuilding a number of bunkers and improving drainage across the site.

Located just 15 miles from Trump International and a host of other top-quality courses, includingCrudenBay, Murcar Links and Royal Aberdeen, Meldrum House is ideally located for a golfing break to the north-east ofScotland. With direct flights from across Europe and a world-class golf practice facility, it’s easy to see why Meldrum House has become one ofScotland’s most prized country house hotels.