OakNorth – the bank for entrepreneurs, by entrepreneurs – has completed a debt finance deal worth £750,000 to enable Bliss Investment Partners, to acquire the four-star hotel, Ramada Plaza Southport, from Even Southport Ltd.

Bliss Investment Partners is co-managed by Robert Agsteribbe, who was a minority shareholder in Even Southport Ltd., and Daniel Broch, founder of Everyman Cinemas which he led through its expansion from maiden venue to multiple venues. Given the hotel’s impressive track record and success to date, the new owners are backing the existing employee team lead by General Manager, Enda Rylands, together with Deputy Manager and Sales Office Manager, Lisa Little and Nicky Goodwin.

In addition to its 133 guest rooms, the hotel also has a restaurant (The Marine Brasserie), bar, gym, conference facilities for up to 300 guests, and underground car parking for 80 cars. The hotel, which was built in 2008, is located in the heart of the Southport Waterfront Development, adjacent to the town’s theatre and convention centre, which attracts approximately 25,000 delegates each year. With thousands of reviews and an overall rating of 4.5 on TripAdvisor and 8.9 on bookings.com, it is widely considered as the city’s best hotel. 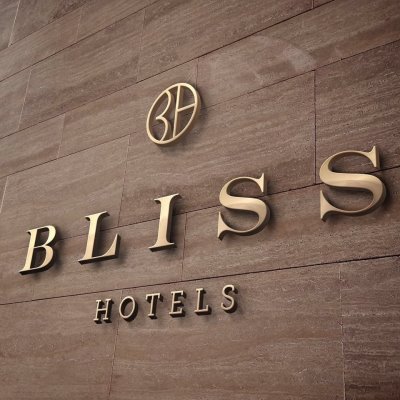 As one of the most popular seaside resorts in the UK, Southport attracts over 8 million visitors a year, making tourism the largest contributor to the local economy. Famed for its title as ‘England’s Golfing Capital’, with 15 golf courses all within an hour’s drive from the town, Southport is a regular host of The Open Championship at the Royal Birkdale Golf Club.

Commenting on the deal, Robert Agsteribbe and Daniel Broch, managing partners at Bliss Investment Partners said: “We’re hugely excited about this purchase – we love the business and particularly the great team of people. This acquisition locks in a great property with an established and highly effective management team which provides the perfect platform from which to grow the company across further locations in the UK.

“The team at OakNorth were incredibly supportive throughout the process, ensuring that we fully understood what information we needed to provide them with and what the next steps in the process were. It was a very different experience to what we’ve had with other banks – we genuinely felt that we had a partner in OakNorth and that the team were available to help any time day or night.”

Deepesh Thakrar, Debt Finance Director at OakNorth Bank, commented: “Since our launch in September 2015, we have provided debt finance for a number of hotel deals, including the development of a 200-bedroom aparthotel in Liverpool and the purchase of the Best Western Calcot Hotel in Reading.

“Robert and Daniel’s experience, coupled with the strong management team, and the hotel’s outstanding reputation, put it in a prime position for continued success in the future. With Royal Birkdale hosting the Open Golf Championship later this year (20-23 July), the hotel will remain a prime destination for tourists and professionals alike – we look forward to working with the team on future opportunities.”

This autumn the Melanoma Fund is back encouraging golfers to get skin savvy, by carrying out a monthly skin check to help avoid late detection of melanoma, a problem more prevalent in men.

Golf trolley manufacturer Stewart Golf has added another trolley to its award-winning range by introducing the all-new Q Follow.

Sefton Council in Lancashire has launched a public consultation on ways to improve the course and facilities at Southport Golf Links.