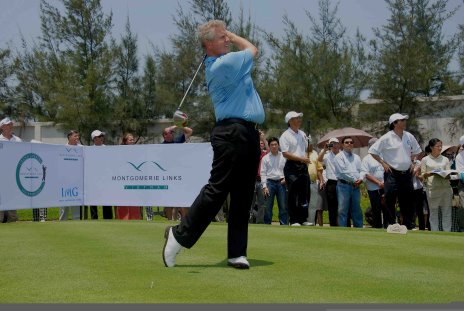 The Montgomerie Links near Danang on Vietnam’s Central Coast has been reaffirmed as the country’s best golf course after receiving two of Asia’s most prestigious golf awards.

The Montgomerie Links, designed by and named after Ryder Cup captain and eight times European Order of Merit winner, Colin Montgomerie, opened in 2009 inVietnam’s hottest golf destination, the Central Coast between Danang and Hoi An.

It has since won widespread acclaim for its design, course conditioning, golfing enjoyment, practice facilities, clubhouse and service. Thousands of players from all over the world who have played there invariably rate it among the best courses they have experienced.

This week, The Montgomerie Links is becoming a foundation member of a new destination marketing group, Golf Coast Vietnam, which is being launched to promote golf tourism on the country’s rapidly-developing central coast between Hue and Hoi An, with Danang as the fulcrum and international entry point.

“We are very fortunate to have been provided with such a stunning golf course,” the general director of The Montgomerie Links, Jon Tomlinson, said this week after accepting the latest award. “Colin Montgomerie himself took enormous pride to ensure he was personally satisfied with every aspect of the course design, while our owner, IndochinaLand, provides great support as one of the foremost managed fund companies in Vietnam.”

IndochinaLand also owns the highly-acclaimed Nam Hai Resort and the recently-opened Hyatt Regency Danang Resort and Spa, both of which are within a few kilometres of the golf course.

The Vietnam Golf Association, which endorses the annual awards announced in Vietnam Golf Magazine, has also recognised The Montgomerie Links by holding the annual Vietnam Matchplay Championship there since 2009. This year, the course also hosted the inaugural Colin Montgomerie Junior Challenge, an event open to junior golfers inVietnamwho are under 17 and have an official handicap.

Jon Tomlinson said The Montgomerie Links had played a vital role in introducing 3000 new golfers to the game through the association’s “Grow the Game” program. It was also a major contributor to the economy in QuangNam province through the employment of 500 local staff on the golf course and Montgomerie Villa real estate project.

“Golfers all over the world now know that when they come to Danang and play The Montgomerie Links they will have a memorable golfing experience,” Jon Tomlinson added. “These awards provide an assurance and a reason for golf travellers to see the course and the Central Coast for themselves.”