Kilspindie stages the World Hickory Open for the first time

Scotland’s Golf Coast is delighted to welcome The World Hickory Golf Open to East Lothian for the first time this autumn. This event, the Thirteenth World Hickory Open (Oct 2nd -7th)), continues to grow in popularity and has attracted over 120 hickory golf aficionados this year from many parts of the world.

According to The World Hickory Chairman Hamish Steedman, some 16 nations are entered – primarily from Switzerland, Denmark, Germany, France and The United States, with 20 professionals in the field this year.

This year’s event has moved to Scotland’s Golf Coast from Carnoustie. This will be particularly apposite as its founder and organiser Lionel Freedman, who lived in East Lothian, died earlier this year.

The running of the tournament has been taken over by Lionel’s directors, although the various events were planned by Lionel himself – practice at Luffness on Monday, The Open at the hickory-bespoke links of Kilspindie (celebrating its 150th anniversary) on Tuesday and Wednesday, followed by a fun event at Craigielaw on the Thursday, ahead of a three-cornered Ryder Cup-format event at Musselburgh Old Course, recognised as the oldest continuously played course in the World and a fitting location for such an international field. 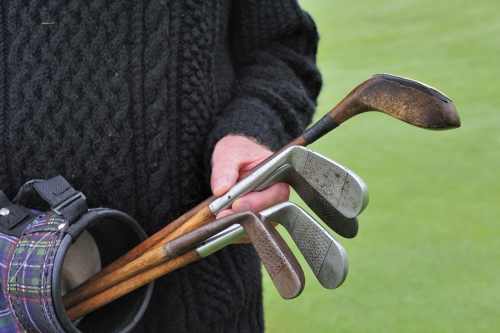 The event, sponsored by LinkedGolfers, will be played in East Lothian for the next three years, hopefully becoming a permanent fixture in East Lothian’s events diary.

Sadly, the current holder Sandy Lyle is unable to play this year. However, several well-known names are likely to be in the field including professionals Andrew Marshall and Paolo Quirici.